All Single Men Stand Up! 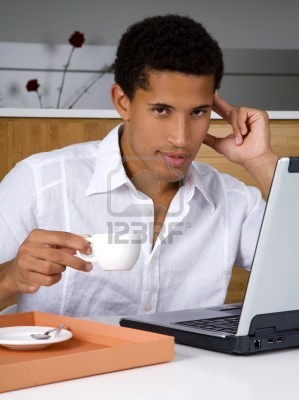 Ever since I started writing, all my friends have tried to give me suggestions on what to write about. Any little thing that happens they call and say, “Glory you must write about this”! My response is usually a polite decline or an “I’ll think about it”. But the recent events of the last couple of months have prompted me to speak out….

I say this with the deepest regard for all the single men folk out there….but I must ask…PLEASE WHERE ARE ALL THE SINGLE MEN??? Like where are they? Are they hiding? Are they lost? Have they been kidnapped? Do we have to draw them a map that leads straight to the land of single women? As in…its all getting a bit ridiculous! Majority of Nigerian Cities (and elsewhere I’d imagine) seem to be littered with single women and no single men. Or let me rephrase that slightly, there are single men but they don’t seem to be interested in meeting the single women.

I remember the good old days when my female friends and I would go out for a meal and come back with two men each having asked for our numbers! These days you are lucky if the bar man even notices you. The terrain has indeed changed. Now you go for parties and all the men are huddled in one corner and so are the women, the women eyeing up the men and the men discussing football, completely uninterested in the women. Chai! What really is going on?

It is indeed worrying. More worrying is the effect this is having on single women. A very good friend of mine moved back to Lagos from the States, about a year ago and in a bid to re-enter the Lagos social scene has been meeting up at various events with her old friends, me included. Now this particular friend of mine (let us call her Temi) is one of the hottest girls on the planet….like Halle Berry ain’t got nothing on her! She is one of those girls any man could easily stare at for hours without getting tried. And not to sound too cheesy, but she is surprisingly just as beautiful inside as she is on the outside. So you can imagine my complete and utter confusion when after we attended what I assumed to be quite a fun party last Saturday, she turned to me in the car and asked “Glory is there something wrong with me?” At first I thought she was referring to her make up but the look in her eyes told me she meant something entirely different. “Wrong with you… in what way”? I asked. “I have been in Lagos now for over a year and I can’t seem to meet a decent guy. I only seem to attract married men or guys in relationships. She replied. Take today for example, no guy came to talk to me, not even one! Is there something wrong with me? Am I ugly? She asked with a pained expression on her face. I was actually quite shocked. I couldn’t imagine someone like Temi would have any sort of problems meeting guys, in fact I thought her problem would be the exact opposite. But what worried me the most was that she equated her single status with being ugly.

On the other hand, my male friends who moved back to Lagos around the same time as Temi can’t seem to get women off their backs. Tunde, who coincidentally is Temi’s brother, is always complaining about how Lagos girls no longer let men chase them. The other day he was telling Temi and I about a girl who had approached him at a bar, took his number and called him the very next day offering to take him out for drinks and pay. I guess if the mountain doesn’t go to Mohammed, Mohammed will just have to go to that mountain.

So is this the alternative, remain single forever or chase the men yourself? What ever happened to men being the hunters and all that? Why can’t single men just chase the single women, so we can all get married and call it a day? Why this unnecessary complication? Really, why? Unfortunately, I don’t have any of the answers but I would really like to understand this from a male point of view.

So can all the single men please stand up so we can see you and understand your resistance? Why do you seemingly prefer the company of your male counterparts when you are surrounded by beautiful women? What exactly are we doing wrong? Also any advice for my friend Temi would be gratefully received. Many thanks! 🙂

Events This Weekend: [email protected] – The Other Side | The Kinky Apothecary | Leo Leo | BM Pro London