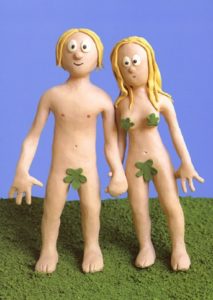 While in traffic, I noticed a billboard that featured IT… although it was advertising a snack, there were hints of IT everywhere; As I got home, I saw IT on the television while I ate my dinner; I then flipped through the pages of a couple of magazines just before bedtime, and I saw IT again – IT was all over the place! I got to work the next day and there IT was – my colleagues were joking about IT; I ignored them and instead, I plugged into my iPod and more than half the songs on it were about IT. In my bid to get away from IT, I switched on my computer, eager to make an honest living that day and there IT was again… connotations of IT on the Internet. At this point, I suddenly realised that there is no getting away from IT. Indeed, IT is everywhere! Or haven’t you noticed that sex is all around us? Why is that? Does IT truly control the world or is IT just overrated?

Even as a single woman, I imagine that it is great to go the whole 9 yards with one’s husband / wife – the one you truly love. I also realise that the world will come to a halt if this doesn’t happen – there must be procreation; we need babies! Other than these two instances, I can’t imagine what IT is useful for. Why does everyone give IT so much attention? They say “sex sells”! Why bother to buy IT? Whatever for? IT’s all done in just a couple of minutes anyway (even though a friend told me that he can go for hours), and then what?

There are millions of zillions of other fun things to do in our world today, which have nothing to do with IT. There are many more things that give us joy (at least they give me joy). For instance, great food, travelling the world, shopping, good friends, family, true love, pay day, job satisfaction, Sunday services – the love of God, material possessions, a good bath, a good night sleep, a walk in the park, putting smiles on people’s faces… if we have all of these to occupy us and much more, why then does it appear as if IT is the only object of our focus?

I realise that many single people are sexually active but how then would you explain some others who aren’t; yet, they have great lives. Many of whom are happy and content, and life is beautiful for them even though they are currently without IT. IT really isn’t the “be-all and end-all” as IT is made out to be. It is possible to live a full life without feeling pressured to have IT since there is so much more to do with life. No wonder the nuns and priests are still thriving!

Serial dating and cheating spouses have become the norm and in the desperate search for even more of IT, single women and men, and even married couples are constantly on the prowl. Strangely, many of such consumers of IT aren’t proud patrons since they often deny their actions publicly. Even then, this isn’t good enough reason to deter them. They say that IT’s best when it’s “illegal”… and I say, “that’s a heap load of B.S”!

Have you seen what length men go to make money these days? They say without it, it’ll be hard to “get the girl” which I interpret as – “get the sex”! Many women, in response to men’s overtures, turn themselves upside down and inside out just to meet men half way. Is it really all worth it at the end of the day? All that trouble, just to be “tickled” for a couple of hours?

A close friend once told me that she doesn’t have sex with her husband. Instead, she makes love to him time and again – the details of which isn’t our business! We all know what IT entails – it’s all out in the open for very public consumption but not their “love making” which is special; and sacred.

Another friend, with whom I discussed my view about IT, said that only haters who aren’t “getting any” will concur. Am I getting any? That’s hardly the point here. However, in my response, I educated him about my life as a woman. Women can get IT whenever; and as often as they want IT. So, not “getting any” can only be by choice. Therefore, I am not hating, just stating the obvious.

Would you believe that I just spent the last couple of my very priceless minutes writing this article; time that I could have used to accomplish zillions of other very useful things? This goes to show that sex (otherwise known as IT) is undeniably overrated!