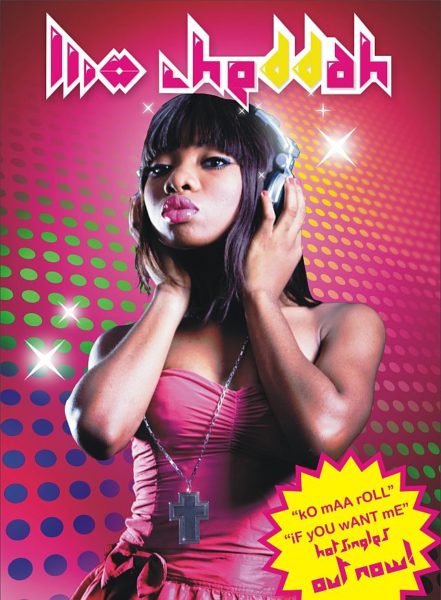 Mo’Cheddah is high on our list of musical talent set to attain superstar status in 2010. Her new single is ‘Ko Maa Roll‘, a hot track with a ‘Faaji’ influenced beat. ‘Ko Maa Roll’ which means ‘Let’s Roll’ is a sequel to Mo’Cheddah’s recent single ‘If You Want Me’ which is presently climbing up the video charts.
The song was produced by Legendary Beats and will be featured on Mo’Cheddah’s debut album ‘The Franchise Celebrity‘ which will be released in August 2010.

In addition to the new single, Knighthouse has released a bunch of Mo’Cheddah wallpapers. We’re lovin’ these. Playful and very Mo! – Click Thumbnail for full view of wallpaper and right-click & save or set as desktop wallpaper.
Artwork by YellowDog

From the Lab to World Stage, Future Awards 2010 Young Person of the Year, Ify Aniebo is making a real impact