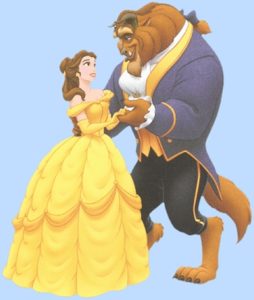 The “stick to your own kind” concept can be interpreted to mean a lot of things. For instance, “your own kind” could mean – someone from the same tribe as you; of equal wealth / financial status; same religious belief etc. However, I am referring to that part which advices single women like me to marry men from the same social circle and pedigree, and with whom we share almost equal views and see the world in the same way, and possibly through “the same eyes”.

I admit that I have had some “admirers” consisting of car drivers, security guards, and clerks… In particular, there is this not-so-educated policeman who looks at me strangely each time he sees me (and I know that look!) One day, those close to him confirmed my suspicion, as they joked about how “he is crazy about me”. At this instance, I thought, “why does he fancy me… especially since I am not of his kind”? As thoughts ran through my head, I immediately felt guilty – “had I become arrogant? Isn’t he human just like me”? Maybe God could bless his future so much that he might even become better than me… in all respects. But then again, I asked myself, “can I ever get myself to consider this man’s silent proposal?” I spoke to a girlfriend about this, and she told me that she had the same experience – her “admirer” was a security guard at her office. It was then that I realised that this truly happens… only that she wasn’t afraid to express her disgust as often as he made a pass at her.

When I was a student at the Law School, one of my lecturers repeatedly advised us (especially the ladies) not to marry someone who isn’t of our kind i.e. uneducated men – she was a bit harsh about it so she actually referred to these men as “illiterates”. She said that it would be impossible to attend important dinner parties with an illiterate husband who will be unable to contribute meaningfully to intellectual discussions at the table. She added that he would eventually become frustrated in the marriage, and beat his wife to reaffirm his control. She said that each of us would be better off with an educated man who has potentials… even without a kobo in his pocket! I thought this woman was a little too mean – whatever happened to love which is supposed to be blind? Today, I wonder if my lecturer is right… especially when I consider men and their overwhelming ego!

I have a few degrees, I work my fingers to the bone, I am career driven and I strive to go higher… I want to see the world – I’m clearly a BIG dreamer. If I continue to work hard and truly achieve all that I pray to God to achieve, would an illiterate husband stand by me and be there for me? Will he be happy about my many achievements? Would his ego not frustrate our so-called love?

I recently watched a movie on DSTV’s “African Magic Channel”, about a girl who studied abroad in one of the Ivy League schools. After graduating, she came back home to Africa and fell in love with a mechanic. Her parents were devastated. Regardless of their many threats, she stuck with her mechanic and eventually got married to him. Few months into the marriage, she woke up early one morning to find that her husband was missing. She and her family (who had come to terms with their union) searched everywhere for him but to no avail. Unable to cope with her utter distress, she ran mad.

Several months later, a family member finally found this mechanic happy at work at a random workshop, and immediately asked him where he had been all this time. He explained that although his wife had loved him and sacrificed her super lifestyle for him, he couldn’t stay with her because he didn’t feel worthy enough to have her for his wife. He said that he was constantly intimidated by her, even though she had given him all the love and respect imaginable. How can this be?

I also watched Whitney Houston on the Oprah Winfrey Show (Yes! I watch a lot of TV)… Anyway, she described how Bobby Brown was jealous of her success and how he couldn’t handle her fame especially after she featured in the movie, “Body Guard”, which was a smash hit! Is it telling that Whitney could pull off a relationship with her bodyguard only fictitiously but in real life, she couldn’t cope with waned star, Bobby?

Can an “illiterate” husband ever keep up… even if he ends up with all that money? I have always thought that we should love uninhibited since love is no respecter of persons or circumstances however, is it really unwise to draw a line by sticking to our own kind? Would the “stick to your own kind” concept truly help to avoid future heartaches / heartbreaks?

Men (almost) always want to be in control.  However, if you’re a star, you’ll always shine to all… even when locked up in a black box. They say that many men cannot handle situations where their wives overtly outshine them. If this were indeed true – wouldn’t there be trouble in a union where the couple aren’t of the same kind? I wonder…

They Got Their ‘Dream’ Day! Photos from the NaMyWedding Dream Wedding