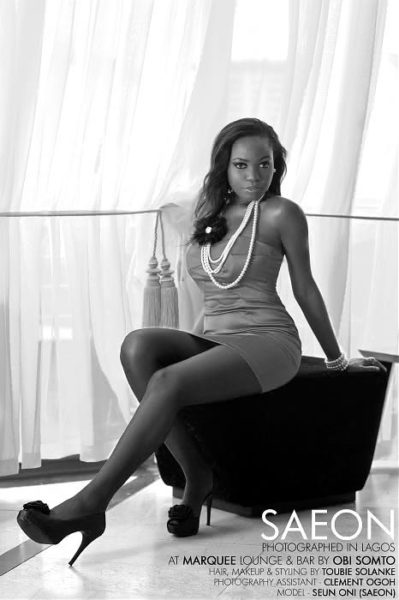 Introducing Seun Oni, singer-songwriter with the stage name “Saeon“. She began singing at the age of four and went professional in 2009. She considers herself versatile in style of music as she gets inspiration from every and anything, mostly, alternative R’n’B, Rock, Pop and a little bit of rap.

She recently performed at “The Underground” which show cases up coming artistes, along side 9 other artistes and won the “Queen of the Underground” title on the 29th of May, 2010.

She is currently recording a collection of songs with producers like JRS, Ikon, IBK  (Produced – Let It Go), Gospel (Produced – We Are One), Sazzy (Produced – ‘Fever’), etc. In total, she has a little over thirty song writing credits and has also worked on eight songs/demos, two of which she’s featured on.

Who Is… is a new music feature on BN for promising new artists.

Related Topics:MusicSaeonWho Is...
Up Next