“Eagles turn images into reality. They are not dreamers but doers” – The Eagle’s Dance by Ini Onuk

A few weeks ago, I tuned into Inspiration FM on a Sunday Afternoon, to be honest I do not typically listen to the radio on Sundays but I was stuck in dreaded Lekki traffic so didn’t have a choice.
What I heard was a perfect way to start up my week and I was truly inspired! 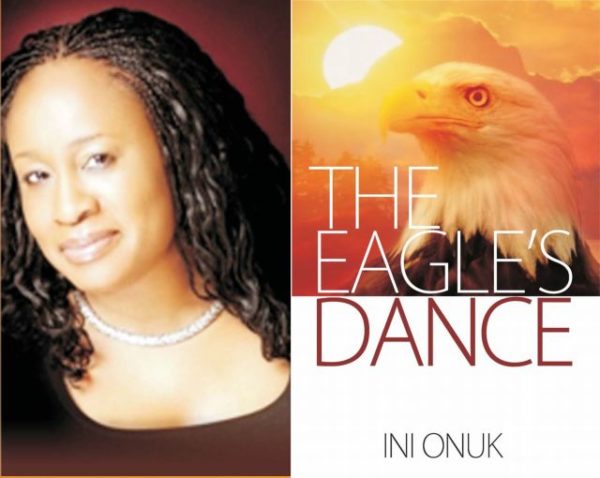 A lady called Ini Onuk was featured on the programme and she spoke so passionately about her life experiences and how she really worked hard to propel herself beyond her surroundings and ‘circumstances’.
She spoke about the hardship she experienced while growing up and how she enrolled in university for the first time ‘after she was in her husband’s house’, in a country like Nigeria where you can often fall into the trap of believing that ‘your time has passed’, it was really great to see through Ini that its better late than never!

Ini has written a book called “Eagles Dance“, below is an excerpt from the book .
Read and be inspired as you start your week.

**
Eagles turn images into reality. They are not dreamers but doers. They are not talkers but walkers. Eagles do not need to prove any point; points prove them. They are not necessarily born with silver or golden spoons but they know how and where to get these spoons and even eat with them. Eagles refuse to allow their backgrounds to determine their future heights. They do not sit and mourn about their situation but like the four lepers at the gate of Samaria, they chose to live lives and not life living them. They do not just exist, they live lives and enjoy it to the glory of the Creator.

My father is a watch repairer. Mind you he is not a horologist, but a watch repairer. Growing up was, for want of a better word, painful and almost intolerable, but I always knew that this wasn’t the life I wanted. I knew that I had to take charge of my future, because only eagles take charge of their future. The Bible tells me that “some obtained what was promised, others did not receive their promise”. Those who obtained paid a heavy price to receive the prize. I can tell you that I have paid heavy prices to gain my freedom.

Eagles struggle and persevere through all odds. I cannot remember how many times, we got sent back from school because of non-payment of school fees. I cannot recount how many times we cried ourselves to sleep as children, out of hunger. We were thrown out of our apartments severally because of non-payment of rents. I remember once, I was about fifteen years old, when we were thrown out of our apartment and we didn’t have anywhere to go to so my father had to go live in his small shop in Alaba market, somewhere in Lagos, while my mother, my siblings and I (six of us) had to go stay with my mother’s elder sister at the Central Bank Staff quarters in Lagos. We stayed with that family for seven months, until it became very obvious that we had to leave. My father decided we all move into the small shop in the market where he was staying.

One night, fire engulfed a part of the market and we woke up to the sounds of people screaming and running and trying to save as much property as they could muster. We carried our earthly possessions on our heads, trying to run far away from the fire as fast and far as we could. It was a sight to behold. Parents were running helter-skelter to salvage whatever they could; children crying and looking for their parents; thieves using the confusion to create mayhem and break into shops that were still locked. I remember that day in my mind’s eye and instead of bringing tears to my eyes, it serves as a bolster for me whenever my human strength fails me. I use it as an encouragement to say to others that where you are right now does not determine your final destination. In all we went through and many more, I still knew this was not all the life there was, it must be better somewhere, somehow.

I survived all that and to date, I refuse to allow my childhood circumstances to shape my future and limit my prominence. God can change your route and instead of going back through Egypt – the place of slavery, He can transport you to the City of Gold, your own Canaan.

It is said that if we were to help the butterfly remove itself from the cocoon, the butterfly would not be strong enough to survive. It is the struggle that prepares the butterfly to become strong enough to fly. Without the struggle in the cocoon, it would not survive as a butterfly. Adversity makes a man or woman understand the meaning of success. When success comes to you, through no effort of yours, maybe by reason of your father’s wealth or chance, you can never appreciate how much tilling a farmer has to carry out for the ground to yield a good harvest at the end of the farming season.