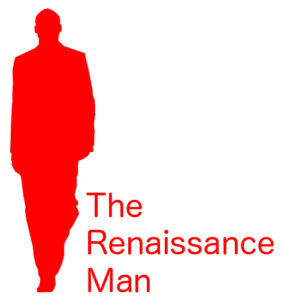 Meeting new people in Lagos can be great fun. Actually, let me rephrase, meeting new people under the influence of vodka makes one more susceptible to shaking hands with strangers. Lagos is indeed the capital of discovery if exploring the many different shades of human character is your thing.

I’ve always said you ain’t living in Lagos until you have the following as part of your social network – a red carpet camera-ready friend, a high flying professional friend, a boat club/polo club membership holder friend, a friend in the government, a Robert’s cafe lunching friend, an alcoholic friend, and a ‘can-I-crash-at-your-mansion-this-weekend’ friend.

It used to be relatively easy to make friends – in primary school; sharing your NASCO wafers at lunch with a potential friend will result in both of you taking turns at swinging each other at the playground swings come next day. In boarding school, all it took was a packet of Indomie to a friend-in-need and by the time you got to University, accidentally holding a spare condom in your wallet at the right time was an instant friend adder.

Until recently, if you met someone for the first time at a Lagos social gathering – you simply air kissed (if you’re forward) then you say your name but somehow these days our gbeborun, over curious, over I-too-know self has managed to ruin the excitement of meeting new people because guaranteed within the first few minutes of the encounter, one of you will ask the dreadful and frankly intrusive question “…so what do you do for a living?…”

In the past, it used to be the fall back question, the awkward silence exit strategy if you were stuck in a room with someone you just met and both of you had counted the number of crystals in the room’s hanging chandelier out of boredom but not anymore, these days it seems to be the conversation starter. And some people ask the question with such great intensity that you’d think – does it really matter if I were a bus conductor or chief judge, chances are we’ll never speak again.

Don’t try and act like you don’t do it too matey, we are all guilty of this nonsensical bollocks of trying to prove our ability to engage anyone from a doctor to a lifestyle guru to a deep sea diver.

Recently, a friend introduced someone to me and the gbeborun in me wanted to learn more about the bleached, tattooed lass, so I asked my friend after the polite handshakes were over, “…so what does your friend do for a living?”, my friend simply replied and I will never forget “….she f***s!”

That was enough to shut me up.

God forbid one doesn’t have a job in this town I tell you, because I’m now convinced that our self esteem is linked to our jobs. It’s reminiscent of the first day at fresher’s week, when you ask everyone you meet in the student union, “…hey, so what did you get in your A’ Levels?” Cringe!

I can understand if we met at a business roundtable or the corridors of a multinational but abeg wetin concern “what do I do for a living?” when I’m in a nightclub with a bottle of grey goose in one hand. Why?

Don’t we have anything else to talk about anymore? Is the quest to be seen as an intellectual or perceived as an achiever dominating our common etiquette of just having worthless banter when appropriate? Whatever happened to idle conversations about why Nestle Milo radio jiggle had 4 papapapa in it or why I pay N100-for-a-trolley at the airport or what happened to Ragolis water? Instead, we want to advise each other on our next career move.

It is a sad fact that very few have the capacity to detach themselves from what they do or who they work for. In a city of ambitious boys and girls, it seems our social relevance lies in what pay package we pull home every month. We can’t seem to function without talking about work or what deals are being struck behind the clear glass meeting rooms in the office.

Just go to any getz-together and you might get toasted by a business card. I’ve seen it happen live and direct at my sister’s wedding party. A man’s job title has now replaced good ‘ole clean chat-up lines, how good your pension scheme is has made up for a lack of charisma.

So next time someone asks you, “…so what do you do?” politely smile and respond with “…I’m in the agbepo business..” (Translation) “..I’m in the shit business…” afterall Otunba Gadaffi has made millions off his mobile toilet business’ strapline “…Shit business is big business…”

This week’s Friday Track is a stinker – but in a good way – this is the 80’s throwback British Band, HURT with their latest single, Wonderful Life and isn’t it just.

Channel O Music Video Awards 2010 Nominees Announced! Find Out Who Made The Cut