Anticipation grows in the city of Lagos as the soul and jazz concert of the year fast approaches. Smooth 98.1FM has commenced on a journey to change the face of radio in Nigeria and to further its vision, this adult contemporary radio station is set to launch its Love Music, Love Life concert series kicking off with the Luxury Concert. Scheduled to hold on Friday November 12 2010 at the new Expo Center Eko Hotel and Suites the Love Music, Love Life luxury concert will feature critically acclaimed international artists, including Angie Stone, Gerald Albright, and Richard Bona featuring Mike Stern. This concert is set to create a ripple effect for an appreciation of great soul and jazz music and will also showcase rising Nigeria artists of the same genre, including Bez, Tiwa Savage, and Pure and Simple.

The Love Music, Love Life luxury concert will entertain the audience with enriching adult contemporary tunes for a discerning and mature audience.

The concert sponsor is Guaranty Trust Bank and it is supported by Linetrale, Arra Vineyards, Eko Hotel & Suites, AVIS, and UNIC Insurance.
**

About Smooth 98.1FM
Smooth 98.1 FM is the first digital radio station owned by Fenchurch Media and Broadcasting Network Limited. It is a 24-hour, regional and commercial music station, which is broadcast within an Adult Contemporary Radio (ACR) format over the 98.1 MHz frequency in Lagos. It offers a mix of soul, rhythm, and jazz. 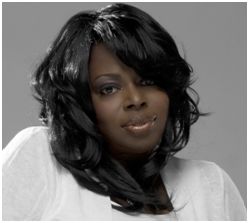 Angie Stone has surprised audiences, peers, critics, and the music industry as a whole for the past three decades. Her music journey has encompassed neo-soul, R& B, jazz, and more. She has an uncanny ability with each new recording to hit audiences with something they don’t see coming as she is doing with her newly released 5th album, Unexpected, a diverse blend of colors and styles. Angie Stone is a household name in many Nigerian homes and will certainly bring a chic appeal to the concert. 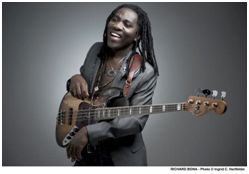 Described as “one of the best bassists on the planet”, Richard Bona has set a name for himself in the jazz industry. From an interesting background of living in his village in rural Cameroon and making his own musical instruments to travelling to Paris and then New York, without being able to speak, Richard Bona has relentlessly pursued his music career to much acclaim. He has worked with an illustrious list of music artists and legends including Larry Coryell, Michael and Randy Brecker, Steve Gadd, Bob James, Mike Stern, Pat Metheny, Georges Benson, Bobby McFerrin, Brandford Marsalis, Sadao Watanabe (as a producer), Chaka Khan, and Harry Belafonte. He is an electrifying stage performer and will be sure to astonish and fully entertain the audience. 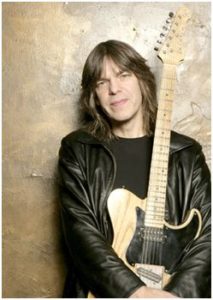 This five-time GRAMMY nominee has been deemed one of the best guitarists on the planet. Mike Stern has set himself apart as one of the premier jazz and jazz-fusion guitarists and composers of his generation with a career that spans three decades. He has performed with great musicians, including Richard Bona and The Yellow Jackets. Featuring in Richard Bona’s quartet, Mike Stern will be a great delight for the audience. 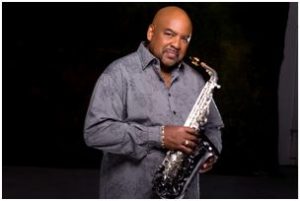 This impressive saxophonist’s contemporary and straight-ahead collections have established him as a prominent artist. He was one of ten saxophonists to perform at President Clinton’s inauguration and is no stranger to this caliber of events.
Gerald Albright has sold over one million albums in the U.S. alone. He produces his own music and features on bass guitar, keyboards, flutes, drum programming, and background vocals. He is best described as the “musician’s musician” and will be sure to entertain the audience. 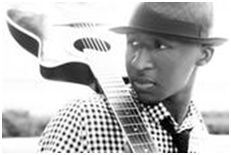 Bez, a young, charismatic guitarist took the Nigerian music scene by storm with “alternative soul, an understated and unusual hybrid of soul, jazz and R&B music” which has set him apart. His songs are “modern acoustic gems” that are on the same wavelength with the likes of John Mayer, Amy Winehouse, and John Legend. Bez is a natural stage performer with a “playful stage presence”. He is already a favourite on the Nigerian music scene and will certainly win the heart of the audience. 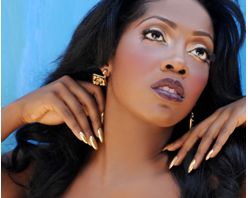 Described as a “beautiful, naturally gifted songwriter, electrifying performer with a voice that is as sweet as honey”, Tiwa Savage is ready to introduce and share her music with the world. An avid songwriter, signed with SONY ATV, Tiwa has written songs for many artists including Fantasia’s “Collard Greens & Cornbread” and songs on Letoya Luckett’s upcoming album. Tiwa, a scholarship recipient and graduate of Berklee College of Music, has sung backup for artists including Mary J. Blige, Chaka Khan, Emma Bunton (Spice Girls), Kelly Clarkson, Blu Cantrell, Andreas Bocelli and has background vocal credits on Whitney Houston’s album, I Look to You. She has also shared the stage with Sting, The Black Eyed Peas, Robbie Williams, Destiny’s Child and others. She is sure to delightfully serenade the audience with her smooth vocals.

SoundCity Music Video Awards 2010 – The Buzz Keeps Growing! BBA All Stars Winner Uti is the host, Stars from all around Africa to attend and Top African Designers set to feature in the SMVA Fashion Show