Can We Play Dress Up? 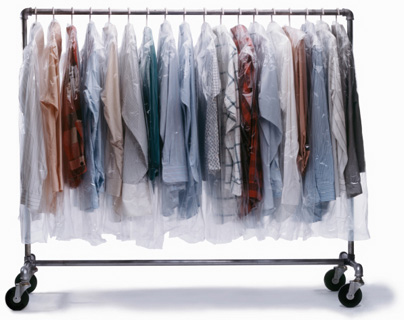 Every woman has a picture of the kind of man she wants to be with. Me for one, I have always envisaged getting married to a lanky man who is intelligent and has a great sense of humour, a great dresser, godly, respectful, very loving, faithful… the works! However, since I and all other women aren’t “God”, we can only envisage and pray our desired men into our lives, but it’s not a given that when they finally turn up, they’ll look and act the way we want them to. So, I’m left wondering… if my man doesn’t talk the way I want him to, can I keep him anyway and then work towards changing his diction? If he smokes and drinks a little too frequently, can I still keep him and then dedicate time to pray for him so that he’ll give up both? If he isn’t fashion-forward, can I tactfully change his wardrobe? Maybe I can influence him to toss some of his clothes and shoes… can we play dress up?

Due to my strong belief in human rights principles, I have always felt that people should be left alone to express themselves in whatever way they deem fit… as long as no one gets hurt in the process. However, lately, from my many interactions, I have observed that even though women mostly go into relationships with men whom they feel somewhat of an attraction for,  as time goes on, they begin to note down some qualities that they would rather live without. Using these notes as a guide, they tactfully start to influence their men to change.  Since women can be manipulative, they do this with little or no effort, but I’m left wondering… is this right?

I have seen men who have been “transformed” and the outcome appears to be for their own good (I think). At this point, I find myself struggling to choose between one of two conflicting views:

(2) The right to change men into what we want them to be.

A friend recently told me that she has been spending time with a certain person whom she possibly wouldn’t have granted any audience many years ago for one reason or the other. She has now discovered that she enjoys many of their conversations. However, she can’t get over the fact that she sees him as a “project”! While he is talking his head off, she, being a fashion-forward person, constantly visualises him wearing this and that and looking totally hot! “Why waste a potential hunk?” she said to me. She justifies her actions by telling herself that she is only trying to make him a better person. Is she for real… or not? Can we have it all? The obvious answer is NO!

If she is keen to be with a great dresser and her man hasn’t a clue, should she “chop him off” and then give the next fashion-forward hunk a chance or can she dress him up to be what she wants him to be? Do his own preferences count? Would he wake up one morning and find that he no longer recognises himself in the mirror and hate her for it or would he thank her profusely for adding even more “quality” to his life? What does “quality” mean? If you say it’s okay to dress him up, will his ego accommodate it? Is it wise to let trivial factors like a man’s dress sense or diction determine whether he can earn the position of “husband” in a woman’s life? Are these factors truly trivial or are we just ashamed to admit that they are important for fear that we would be seen as materialistic or fickle? Is it even possible to successfully change attributes of a fully grown man who is already set in his ways? So many questions…

Although we all want to have it all, it really never happens that way. That really great man can turn out to be unfashionable or a glutton! He can have a broken diction or whatever else we don’t want in a man. We just have to see our potential partners as imperfect human beings just as we are and not the “demi-gods” that we want them to be! However, since I never go down without a fight, I am certain that I will attempt to dress him up (if I find it necessary) with the knowledge and acceptance that should he refuse to change, I can remain happy with him… forever and ever.