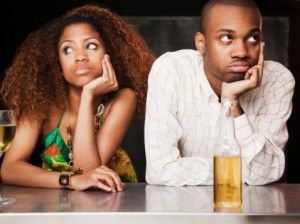 I can almost hear you say “Akami…what?” Akamiakwa! The power of kaming. Look, I had to ask for permission from the boys to let this article be written! And I just know that I am going to offend some people with this one too! But I will not be daunted, for the people have a right to know!

As I am sure some of you have guessed, Akamiakwa is code; yes, a codeword developed by a small group of young men I used to be affiliated with, back in the day. Akamiakwa is a noun; a name given to describe a phenomenon or concept that I am sure some of you will recognise before the end of the next few paragraphs. Please note that Akamiakwa is the noun form of the verb Kaming.  Simply put, akamiakwa is a quality that can be found in a few young women. We used the codeword to name or describe certain young women that had the tendency to stick with a guy whether or not he wanted her around. I believe the Ebonics opposite would be a “bug-a-boo”. Aha! You did not know that guys had one for you girls too, abi?

Every once in a while, guys in the course of their interactions with the opposite sex, meet someone new whom after a short while, they are forced to run away from; and when I write run away from, I mean it in the literal sense. And why would a man literally run away from a woman? One would think that the reverse would be the case, as men chase women, abi? But there are exceptions and akamiakwa is one of those exceptions. We had quite a number of them in school, and I have personally experienced the power of kaming in the hands of a determined young, akamiakwa babe. You still don’t get it, do you? Allow me to paint a picture.

Chike is a regular student. He balances his academic and social lives quite well and as a young, warm blooded man, he likes women. However, he isn’t one of those men that can’t seem to control themselves anytime they see a beautiful woman. Chike is cultured and well brought up. At a party, he sees a good looking girl, dancing with her girlfriend (why, women go to parties and clubs to dance with themselves, I have no clue!), he steps up and dances with her. During the course of the evening he tries to engage her in conversation, to get to know her better. No dice, because dancing queen isn’t giving him the time of day nor night. As a smart guy, who knows when he is flogging a dead horse, he moves on. Lo and behold, a few days later, while walking around campus, he gets accosted by dancing queen. “Excuse me! Aren’t you Chike?” he nods in assent and she accuses him of pretending not to know her. Chike is flabbergasted and takes a second look at the girl. “I’m Clara, we met at Tayo’s party, remember?” Recognition dawns on Chike and he apologizes for not recognizing her in daylight. She accepts his apology. Chike is flattered that she recognized him and even remembered his name. They arrange to meet the following day. After the first date, he invites her over to his place and proceeds to “chyke” her. However, it becomes apparent that Clara is seemingly not interested in him that way. That having been established Chike crosses her from his mind, but over the next few days Clara begins to inundate homeboy with her phone calls and text messages. She then begins to show up at his place unannounced. Being the gentleman that he is, Chike accommodates and entertains her calls and texts, as well as her visits; after all he should count himself lucky that a fine girl like Clara liked his company. But after a while he found out that they really had nothing in common, so they would very quickly run out of gist. Besides, in between the phone calls, texts and visits, there was really nothing left to talk about. After a few attempts at forming gist, Chike thought it would be wiser to tell her to stop visiting him or at the very least slow down on the visits. Clara took it personal and accused Chike of playing with her. My guy was shocked. After all it wasn’t like she was giving it to him! They had a mini-quarrel and she stomped off. Chike breathed a sigh of relief but that was not the end of it because in a couple of weeks she was back to calling, texting and visiting him! He had no choice but to ignore her calls and texts and resorted to dodging her when she came by; as soon as she came to his place, he would get dressed and tell her he was going out. When he shared his experience with the guys, we all burst out laughing. He got angry that we were laughing at his plight, but we calmed him down explaining to him that the only reason we laughed was the idea that he was ignorant of the akamiakwa babes. We then schooled him on the babes and their power of kamin.

You see, certain babes see a guy and immediately form an attraction to him. Maybe it’s the fine boy thing or some other quality that only they would know. But it becomes odd when it is obvious that although they are not dating, or having sex, or friends in the real sense of it, the girls still keep coming around. And it is not for the conversation or rubbing of minds either! They fill up your inbox, comment on your Facebook updates and pictures and are forever pinging you until you are forced to hit delete. They need to realize that men are pretty straight forward beings. The idea of a girl just coming around to chill at our place or hang with us, when there is no connection is tiring and puzzling to say the least. My friends and I tried to figure it all out but we couldn’t really come up with a reason why or an explanation. All we knew was that we had to be careful when meeting women because we did not want an akamiakwa on our hands.

More often than not it ends up badly, with the girl accusing you of being cruel and hurting her feelings, sending you all sorts of emotional and accusatory texts. Guys, please do not fall for this tactic, because once you yield by way of feeling sorry for her and apologizing, she will up the ante and you will be right back where you started with the power of kamin having being multiplied by its original force! So you might have to resort to some nasty tactics. One of the guys shared his experience saying that after the akamiakwa babe had failed to get the message that she was bothering him, he had to resort to rudely telling her that he was in a new relationship and that his girlfriend did not like the idea of their friendship. She still did not get the message! It was not until his “girlfriend” told her off on the phone one of those times that she called, that it eventually sank in.

I don’t get it, it is as if they are immune to those signs that a guy is just tolerating them and trying his best to be nice and cordial. It is not by force o! I learnt the hard way too and after a couple of experiences I can spot an akamiakwa babe on sight, for as my friends and I used to say, “The kamin force is strong in this one!”