The Myth of an Ideal Man 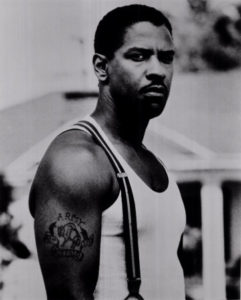 I loved the group Salt and Pepa when I was growing up.  I remember how I would record their songs from the radio and then have all the lyrics memorised in barely a day. (If only I had paid as much attention to my Math and Physics homework, perhaps I would be a Shell Engineer by now. Oh well!). Just like them, I wanted to wear the same multi coloured t-shirts and jackets with cycling shorts and sneakers/boots and have my hair packed up in a curled pony tail. I wanted to sing, act and dress like Salt and Pepa!

Of course, my parents always refused to let me step one foot outside dressed like all the colours of the rainbow, so the closest I came to being like Salt and Pepa was sounding like them. I had all their songs memorised. Despite their more popular songs like “Shoop”, “Lets talk about Sex”, “Push It” and “None of Your Business”, my best song was “Whatta Man”. Although I knew all the words to the rap and chorus, I doubt very much that I actually knew the meaning of the words that were coming out of my mouth.

Today, however I find that myself and many women are holding close to the ideals expressed in that very song. The song, essentially details what the female rap group sees as the key qualities of a ‘good man’. A smooth voice like Barry, a body like Arnold, with a Denzel face and a God sent original of a man of their dreams.

Truth is, every woman, and man, has an idea of the kind of person they would like to marry. Tall, intelligent, rich, handsome, generous, godly, the list is as long as my right and left arm put together. Most women, if they allow themselves to admit it, will confess that they have day dreamed about the exact kind of man they want to marry, and very few times does the imaginary image of this husband-to-be differ from the characteristics mentioned above. We all want to marry a man who people will look up to and admire. A good dresser, an eloquent speaker with that bad boy turned Christian attitude. A man who will forever make you the envy of your friends. In reality, there are very few men that meet that description and fewer still are available.

Recently, I sat back and listened in silence while two close friends of mine argued about the merits of dating a particular guy. I am sure I have spoken about a particular friend of mine, Temi in previous articles. Temi, would be the kind of woman you wouldn’t be happy to see your man around. Among Temi’s numerous good qualities she happens to be tall, pretty, sweet and very polite. Till this day, we, her close friends, are frankly shocked that she has been single for this long. It was this topic of Temi’s prolonged singleness, that engaged her and Ngozi in heated conversation. I sat back like a nonchalant referee, eating my chips and Shawama, praying that neither of them would ask for my opinion.

Ngozi had introduced Temi to her cousin, Eloka, hoping that they would hit it off and eventually end up dating. Unfortunately, Temi was not as ‘keen’ on Eloka as Ngozi would have liked. According to Ngozi, Eloka is an upcoming go getter, a guy in his early 30’s, who already is  a global brand manager for a multi national company, has a flat of his own and is looking to settle down. She really couldn’t see why Temi was not interested in her cousin. To be fair, Temi didn’t give much of an excuse for ignoring Eloka either. All she kept saying was “he isn’t what I am looking for”. And anytime Ngozi would ask her what she was looking for, she would say she would know when she saw it.

After seemingly trying to curtail her anger to no avail, Ngozi, let loose a tirade of statements on Temi that I am sure she had been wanting to say for quite a while but held back because of friendship. She told Temi that she had a ‘problem’ and that she didn’t know what she wanted, because she was looking for a man who simply didn’t exist. To which Temi replied “Ngozi, it is not by force to date your cousin.” Frustrated with the outcome of the conversation and my refusal to offer any words to support her cause, Ngozi gave up and changed the topic.

As I drove home, I wondered why I had remained silent throughout their argument, instead of lending my voice to support either opinion. After much reflection, I realised it was because for the first time ever, I didn’t have a single opinion on the matter. I too like Temi have dreamt of the kind of man I would like to marry. So much so, that his exact facial features, build and strut is ingrained into my frontal lobe. Infact, if he walked into a room right now, I would faint from sheer shock. So I could understand why Temi was a bit reluctant to deviate from her particular picture. But on the other hand, I did see reason with Ngozi. Maybe this imaginary picture of Temi’s was hindering her from finding her potential mate, after all, why rely on an imaginary boy-friend when you can have a real one who actually speaks, talks and could possibly marry you?

When I got home, I called Temi and my advice to her was simple. Eloka may not be her perfect man, his facial image and general outward disposition may not be what she has dreamt about since she was a teenager, but it is possible, that Eloka’s qualities far supersede any imaginary idea of perfection she has ever had. He may even have qualities that she didn’t know she would need as a woman, qualities she may come to love and fear to live without. And for those qualities she doesn’t like, maybe with a gentle nudge here and there, she could carve out a better man from the rubble that she now sees as Eloka. After all, what really is the fun in meeting someone perfect? Where is the progression in meeting someone who already has everything you want? In life, the things we learn to appreciate, the most, are the things we have contributed towards.

So for all my ladies out there, if images of a perfect knight coming to rescue you on horse back are the dreams you have been nursing for all these years, maybe, just maybe, it is time to consider that those images of perfection are the ones holding you back from living your dream.