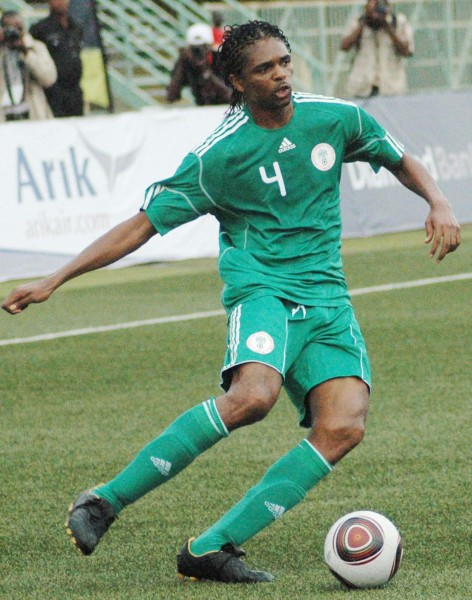 In the end, the Super Eagles beat a Rest of the World XI (Friends of Kanu team) – 3-1. Kanu played for both sides during the different halves of the match. He scored for the Super Eagles side.

After the match, Kanu made an emotional speech, he said “There’s a time to start and a time to finish, it has been a fulfilling ride from day one“. Proceeds from the event will be donated to the Kanu Heart Foundation, the non-profit organization founded by Kanu which provides free life-saving heart surgery to underprivileged people with life threatening heart conditions.

Check out photos from the testimonial match below: 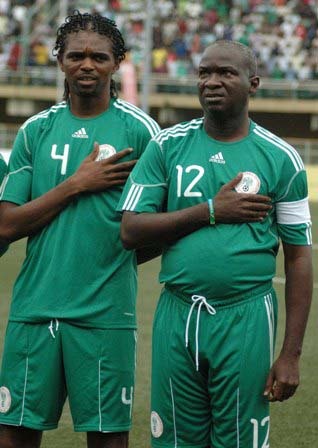 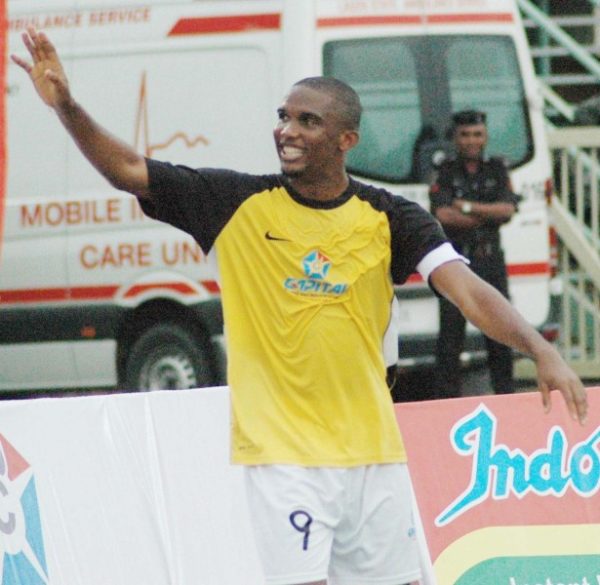 Samuel Eto'o during the match 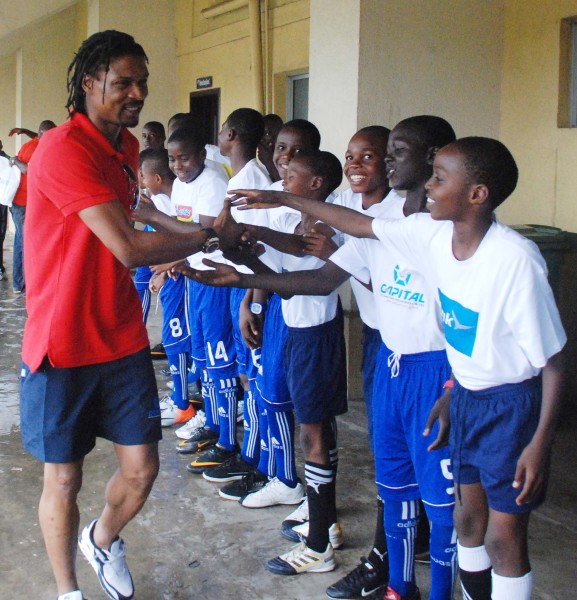 Regobert Song shaking hand with ball boys during the match 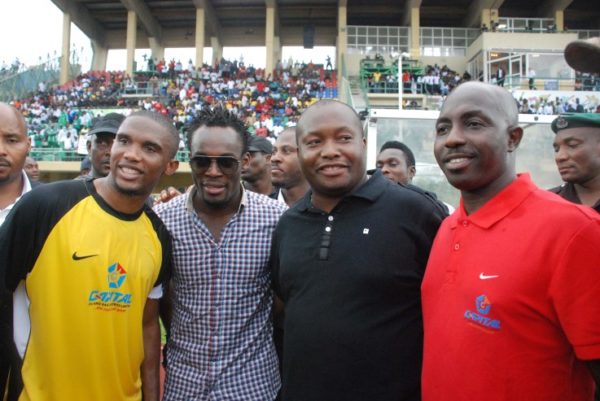 Regobert Song, John Utaka and Taye Taiwo during the match 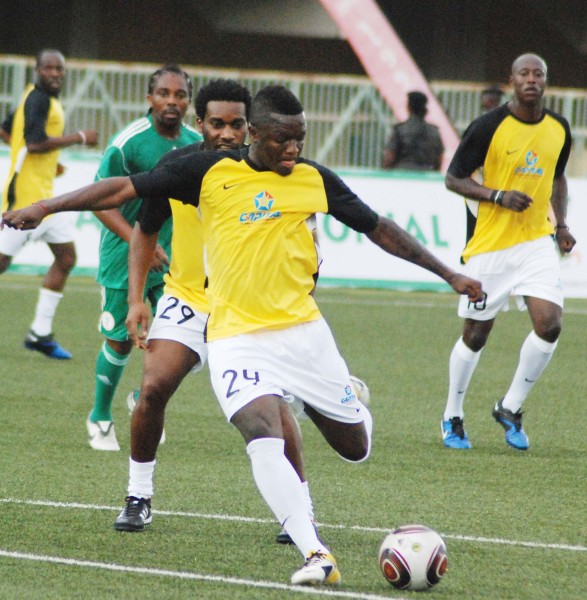 Sule Mutari with Austin Jay Jay Okocha during the match

Peter Rufai contesting the ball with Emanuel Adebayor during the match 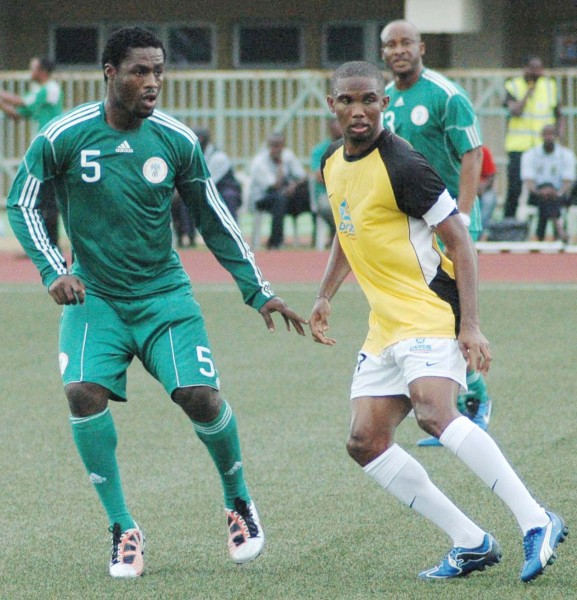 Kalu Uche with Yakubu Aiyegbeni during the match 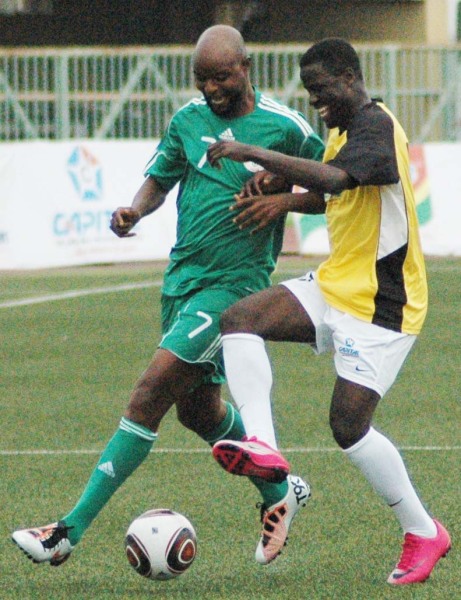 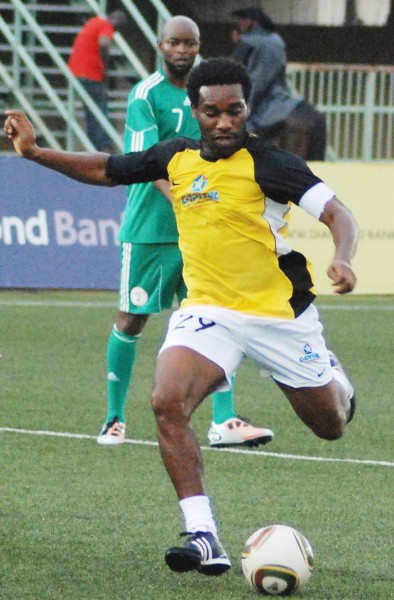 Friends of Kanu celebrating during the match 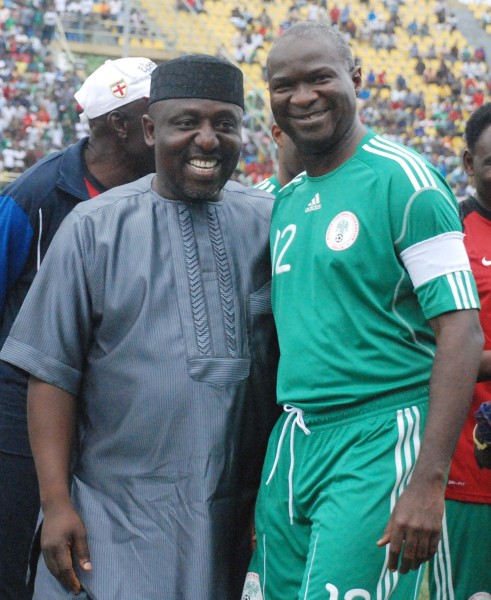 Gov. Rochas Okorocha of Imo State with Gov. Babatunde Fashola during the match 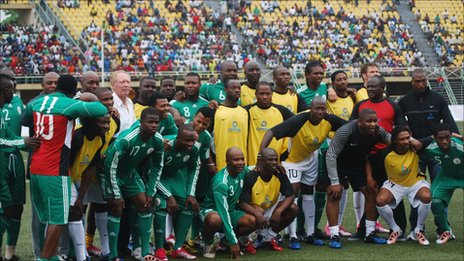 Related Topics:Kanu Nwankwo
Up Next