BN Hot Topic: How Much Pressure Are We Under To Succeed? 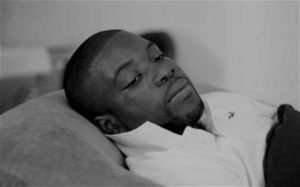 The trappings of success have become necessary accessories in our daily lives. Brand new cars, designer clothes, mansions in various countries, holidays in exotic locations and a fat bank balance. These are some of the things we break our backs trying to achieve from 9am-5pm on most days.

Everyone wants to be a success; and, why ever not? Being successful feels damn nice! But how often does the pressure to succeed and remain successful push us to make undesirable choices?

Barely 24 hours ago, the arrest of Kweku Adoboli, the 31-year-old, Ghanaian, UBS trader made its rounds on global media platforms. His arrest is in connection with alleged rogue trading which is suspected to have lost the Swiss bank, a record breaking £1.3bn.

Following his arrest, Mr Adoboli’s rise to the top has been well documented by the media. The son of a United Nations employee, he was born into a family of high pedigree and naturally has been exposed to his fair share of the trappings of success. Although Kweku attended some of the better schools in the world, many of his peers have commented on his excellent work ethic and astute computer skills. It is no wonder that at the age of 31, he was already earning a six figure salary with one of the world’s most popular banks. While we at BN do not wish to make excuses for Kweku’s actions, we cannot help but wonder why such an evidently smart individual could make such unsavory choices.

All around the world, and perhaps more so in Africa, there seems to be an unquestionable race to make something of ourselves. I remember, in secondary school, the only career option my parents ever discussed with me had to do with going to medical school. I had to come 1st always (a position I never attained!). I remember a friend of mine actually crying when she came 2nd because she said her mother would “flog the life out of her”. Even after graduation, the search for a ‘good paying job’ complete with official car and a fat end of year bonus have driven many of my friends completely insane. My advice to such friends and others has always been one that started and ended with the word ‘patience’. Success and its visible benefits are not things that are attained overnight, rather they are usually the products of hard work, perseverance, discipline and prayer. No one gets to be Bill Gates over night or without some setback and struggle.

Is it possible that this innate need to succeed and visibly so, could be one of the reasons behind Kweku’s alleged actions? Have you ever been in a situation where the need to succeed, via unscrupulous means, affected your moral stand point? Do you know of anyone who has been in a similar situation? Or is our speculation simply unfounded? Are such morally deficient decisions based more on greed? Or is our society, which seems to put an extreme premium on success regardless of the means, more to blame?

All of the Lights! BN Red Carpet Fab at the ARISE Made in Africa Show at the Mercedes Benz Fashion Week in New York