From 10 to 9 - Vickiola is OUT! Who Are You Voting for This Week on Glo Naija Sings? 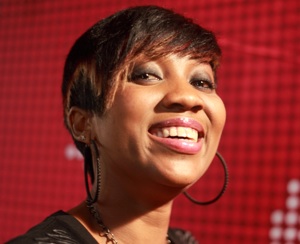 We are definitely glued to our screens for this season of Glo Naija Sings.
The Top 10 contestants all having great potential but only one person will win the big prize.

Last weekend, the Top 10 made their official debut on the big stage singing “Disney Classics” including songs from the Lion King and Mulan soundtracks.

As the episode kicked off on Sunday night, Darey announced that the first person to be voted off the Top 10 would be announced soon.
You could tell that all the contestants were really nervous as they made their way to the stage.

They were all dressed in African-inspired outfits as the theme for this Sunday night’s show was “Contemporary Nigerian“.

Darey announced that Vickiola was the first contestant to be voted off this season of Glo Naija Sings and she made her way from the stage to the audience.
Vickiola seemed shocked by the “dismissal”, though she thanked everyone and all the new friends she made on the show.

Oluwakemi
Song: Ijoba Orun by Lara George
Oluwakemi chose this song because she wanted to change the pace after her performance last week. Last week, she delivered an uptempo track, this week, she slowed things down with Ijoba Orun by Lara George. Her performance was just ok though the judges chose her as one of their least favourites of the night!

Vicky
Song: 360 degrees by Asa
Vicky’s rendition of Asa’s 360 Degrees was one of the judges’ fave performances on Sunday night. They praised her for choosing a song that matched her voice. From our perspective, she did a good job, though we really want to see her get out of her comfort zone next week.

Don’t let these aspiring superstars down! Here are the Top 9’s details, unique numbers and the songs they performed (interestingly, two performed tunes from our presenter, Darey!) :