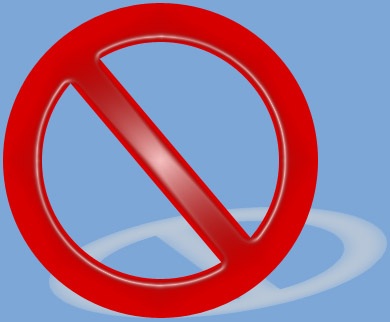 Ever since the post-election crisis, I have been paying close attention to the disturbing practice of sharing graphic photographs on Facebook walls. Recently, a bomb blast hit several churches in Naija. When the news came to you, the Christmas chicken and rice you were munching on had to have left a bitter taste in your mouth.

Christmas, as most of us have come to believe, is supposed to be a day of thanksgiving, love, and joy. Surrounded by family and friends, we are supposed to feel a sense of security and comfort. Not so for the 30 or so killed when a bomb blast struck a church in Abuja. It is at times like this that we understand the value of social networks like Facebook. In a matter of hours, fellow Nigerians at home and abroad had joined the bereaved families in mourning. Others were twitting their outrage. Still others were calling out to the government to wake up from its stupor. In a way, it’s nice to know that whether we are at home or 6000 miles away, social networks are there to bring us together and give us a space to mourn or think or laugh together. If the current protests against fuel subsidy are anything to go by, social networks also give us the means to fight together against oppression.

But then, there should an ethical limit to what we can share or circulate on social networks. For example, it’s hard to justify posting and sharing photos of dead bodies disfigured by violence. I guess it’s natural to feel drawn to the blood and the gore even though they are no eye candy. Bodies with missing limbs. Things that are supposed to be inside the body are spilled out on the ground. Blood, dark and gooey, all over. Perhaps there is a part of us that wants to fulfill the dark fantasy of staring the frightful truth of death in the face. But that justifies nothing. This is why.

Some of us hate to be caught on Facebook looking anything but great! We insist on telling that friend with the over-active camera in the club which photos are Facebook-approved and which are absolutely not. What makes us think that that changes because of death? I dont think it’s okay ever ‘ok’ to gawk at a deceased person, lying in the grass, breasts hanging out, eyes rolled up, legs broken and open, with mud everywhere. Why take liberties with the bodies of the dead that we would not have dared when they were alive?

The insensitivity of making such images an object of curiosity to potentialy 800 million users of Facebook, Twitter and the whole websphere is unfair at the very least. Shouldn’t there be some level of respect accorded even in death? t is simply about respect. Is death not enough misfortune for one person?

Consider the family. Lost in the passion of curiosity, we tend to lose sight of the fact that these victims are real people with families and neighbors and classmates and coworkers and Facebook friends. The photo that began circulating on Facebook on Tuesday the 3rd is sad. Full frontal view of this gentleman who died at one of the Occupy Nigeria rallies. His face. His name. And his bloody chest splashed on Facebook. You didn’t’ even have to click on any link. People were posting the photos on their walls. When people die like that, my guess is that the loss is still fresh in the minds of their loved ones. They are still trying to wrap the unexpected tragedy around their heads. They are still deep in mourning. Can they not be spared photos that cheapen the memory of their loved lost one?

Some people might argue that publicly sharing photographs of victims of violence does some good. They claim that these photos bear witness to the wrongfulness of violence. When we look at these photos as a community, we are shocked into realizing how bad things are in our societies and we are moved to change things. I disagree. The moral value of shocking photography is totally overrated. If anything, it makes us desensitized. Besides, victims of violence do not cry out against their killers through pictures. They cry out through the hard fact of their death. Between Yobe, Jos and Abuja, about five churches were bombed. Lots of people died. At present, we are hearing of people being shot and wounded at the Subsidy protests. What other testimony do we need to realize that the government is not doing something right? So let us mourn with the bereaved but leave them their dead to bury in one piece and in peace. This is my humble suggestion