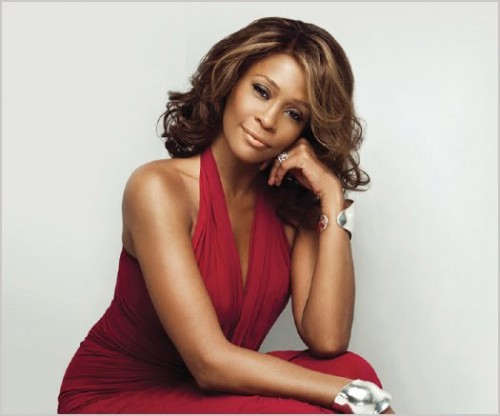 Like millions of people around the world, I was stunned to hear of Whitney Houston’s death at the age of 48. Whether your favourite song was “The Greatest Love of All”, “Run to you”, “One moment in time” or her rendition of “The Star Spangled Banner” sung at the 1991 Super Bowl, her voice was one of the most outstanding of all time. At her peak, she won six Grammy Awards, had a record seven consecutive number one singles, sold tens of millions of CDs, and starred in “The Bodyguard” the legendary movie with the best selling soundtrack of all time. She was one of the highest earning female artistes at a time, and had a huge influence on a generation of female artistes and indeed all of us.

So often we wish we could be in the shoes of a celebrity earning millions, living an “extraordinary“ life, and thinking money will solve all problems. Yet, in spite of all that she accomplished, with Houston’s talent, success, beauty and wealth, the fame and fortune did not guarantee her contentment and happiness; in the end, she lost it all.

Her story is not unique among leading celebrities; Elvis Presley, Michael Jackson, Amy Winehouse, the list is endless; outstanding celebrities whose lives were cut short. On the surface, celebrities appear to have few financial concerns; in reality, many of them face even greater challenges than the rest of us, providing us with strong reminders and lessons on the importance of having a good financial and estate plan.

It looks like it will never end
Artistes and sportsmen are particularly vulnerable when it comes to their personal finances as they face unique challenges. When celebrity begins the cheques start coming in. Many in this daunting position of wealth, don’t realize that they may be earning a lifetime of income within a relatively short period of time. Their careers are often uncertain, and brief with irregular bursts of high income. One serious injury could cut short a sportsman or woman’s career overnight. Musicians cannot predict when their music will stop selling. An actress or actor doesn’t know when roles will cease. Celebrities, no matter how wealthy, should be prepared for such downtime. The next cheque could be their last and should be made to last through consistent and careful saving and investing.

Don’t neglect your education
It is very easy when the money starts rolling in, to view education as a waste of precious time. Many celebrities drop out of school to pursue their celebrity and many more fail to return to complete their education. This is a huge mistake, as the benefits of education will remain long after a career has faded. Getting a qualification will enable them to develop skills that provide them with other options, giving them a better chance of earning even when their celebrity is waning.

Celebrities have little control over their careers. The public shifts its tastes on a whim. A new genre of entertainment, a new “star” or a few bad performances can lead to a huge drop in public interest and thus, income or even end a career.

Lifestyle choices
We know that the more money we earn, the more we spend. For many people, as incomes rise and they acquire more possessions, expectations and expenses also increase. Celebrity often comes with a lifestyle dominated by spending sprees, mansions, private jets, expensive cars, clothes and jewelry and many live far beyond their means. Their lifestyles often come with much temptation; complicated personal lives are a common feature with multiple relationships, multiple children and the attendant costs. Spending cycles are difficult to break when income falls. Often they have already committed to large purchases and cannot meet debt payments. It doesn’t take long for one to be broke if income stops and spendicommonly use.

In an interview in 1991 about the reasons why so many high earning celebrities such as musicians, actors, and sportsmen go broke, billionaire investor Warren Buffett told an audience that “liqueur and leverage” were ever-present culprits in financial demise and decline in health. Years of poor lifestyle choices including substance and alcohol abuse appear to have almost destroyed Whitney Houston’s spectacular voice. For several years her career stalled as her lifestyle took hold.

Costly entourages, hangers on and overheads
Celebrities are often surrounded by flocks of followers, costly entourages (including, managers, agents, stylists, publicists, bodyguards, and financial advisors) who tend to insulate them from reality and feed their egos. They are also besieged by family members and friends, who regularly demand assistance.

Excessive spending regardless of what one is earning is a recipe for financial ruin. Mike Tyson, earned several millions of dollars from his boxing career yet was apparently in debt to the tune of over £25 million and had spent about $174,000 for a diamond-studded gold chain. MC Hammer’s 44-man entourage reportedly helped him deplete his $33 million fortune. We are all familiar with Michael Jackson’s story and reports of his extravagant lifestyle and excessive spending.

Leave a lasting legacy not a family feud
Whitney Houston’s premature death serves as a concrete reminder to us all about the importance of estate planning. One wonders what kind of financial legacy she left behind? Even before her death there were reports of financial difficulty, and we can only hope her affairs were in order making it easier for her only child 18-year old Bobbi Kristina Brown to mourn her without having to worry about funding for her education and security. Certainly with the renewed interest in the super star since her untimely demise, she should not be short of funds. However that largely depends on the contracts she signed in her lifetime. A trust would be a more suitable vehicle than a will to ensure that the young 18 year old doesn’t inherit a huge lump sum until she is capable of managing it.

With complicated relationships and significant changes in their circumstances, celebrities can leave much confusion in their wake and estate planning is essential. James Browns, death in 2006, left an estate in debt and relatives fighting over his money. Property had to be auctioned to settle some of the debt. Jimi Hendrix and Bob Marley both died intestate. Estate planning can eliminate much of the feeding frenzy that often occurs in our society when a loved one dies. It provides order and certainty for your family, and allows you, rather than the State, to decide who gets what.

Passive and posthumous income
It is important to create income-earning opportunities for when you are no longer working by diversifying income streams. Passive income includes interest income, dividends, rent, royalties and so on. So many celebrities with financial means have failed to handle their money well because they lack financial knowledge. This makes them vulnerable to unscrupulous financial advisors, bankers, stockbrokers and real estate agents etc. Most do not have even the most basic knowledge of financial management and end up making poor investment choice losing millions in the process.

George Foreman stands out from many sportsmen; he turned professional at 20 and displayed financial acumen relatively early, putting aside about 25 percent of earnings from every fight into a pension plan. He did lose money from high-risk investments but learnt from his mistakes. In later years he earned more than he ever had during his boxing career. In 1999, he sold his name and image to the manufacturer of George Foreman’s Lean Mean Fat-Reducing Grilling Machine for $137.5 million in cash and stock.

According to Forbes Magazine, Michael Jackson is “a top earning dead-celebrity” with gross posthumous earnings of $275 million for 2010, followed by Elvis Presley. These after-death earners estates are enjoying royalties from music sales, merchandising deals and other income streams. Sony Music, owns the rights to Houston’s vast catalog, including the “Bodyguard” soundtrack, and stands to gain hugely from renewed public interest. Dolly Parton, who wrote “I will always love you” was recently quoted as saying “When Whitney did it, I got all the money for the publishing and for the writing”.

We are already witnessing record-breaking sales of her album compilations and music videos. With the August release of the movie, Sparkle, she may well end up being “worth more dead than alive.” Unfortunately she is not here to enjoy the success that this recent surge of interest in her music brings. Hopefully her estate should benefit.

Too much too soon?
Perhaps Whitney Houston’s life became a case of achieving too much, too soon, and offers important lessons for our youth in particular. Without careful management, having so much success at a young age, can for many, have dangerous consequences. Hopefully her battle with addictions, which may have played a role in her sad demise, will not overshadow Whitney Houston’s incredible talent and accomplishments.