When news of the death of erstwhile Super Eagles forward Rashidi Yekini went viral, questions were raised among several groups as to the state of health of the late football legend during his last days.

Yekini was buried in his hometown, Irra, Oyun local government in Kwara State on Friday, May 4th, 2012 after years of illness. He was laid to rest on Saturday, May 5th 2012 at Ira in Kwara State, his home town, according to Islamic rites.

Yekini, who won the 1993 African Footballer of the Year award gave Nigeria its first-ever World Cup goal in USA 1994. He died in a private hospital in Ibadan survived by his mother and three children.

While speaking about the conditions that led to his death at his burial, Yekini’s former wife, Adeola, said that many of his friends and those who were close to the late Super Eagles star allowed his health to deteriorate without raising an alarm.

“We were married with a daughter but we stayed away from each other after the divorce. Despite the separation, I visited him regularly each time I came to Ibadan before his death. We had arguments but it was because of the way he was living.”

“I disapproved his decision to live alone in such a big house although I was not trying to come back. He was such a gentle man but people who surrounded him were his enemies. They must have noticed changes in his life but they kept quiet. He was so generous and kind but they paid him back in a poor way.”

She also blamed the media for prying into his personal life.

“I was not living with him so I cannot speak about his final days. Perhaps he would have lived longer if the media had left him in peace. Your people poked into his personal life all the time and abused his modesty. Since his death, I have had so many calls but what do they expect me to say about a dead former husband. I played my part in his rehabilitation but I was practically alone in the fight. Each time I read something negative about him, I would rush to Ibadan but I was meeting a brick wall and it was disappointing and painful.”

Meanwhile, his mother, Alhaja Sikiratu said that her son had been battling with mental illness since the year 2010. She added that several attempts made to take care of the former Super Eagles’ striker proved abortive as the deceased claimed he was mentally sound.

“We have been on the problem since 2010 and we tried our best but my son refused to be taken care of. When he came back, we asked him why he has done what he did but he replied by burning all his belongings. I lost my husband in 1978 and Rashidi has been with me since then,” she added in tears.

Dimeji Lawal, a former youth international who lives in Ibadan said he knew Yekini for many years.

“We all loved him but for reasons I can’t explain he did not want to socialize with people a reason I feel had effects on him on the long run,” he said.

“We would have loved to help Yekini in our little way but until his last days, he wasn’t really accessible.” Mr. Lawal described Yekini as a philanthropist who did all in his power to help the course of others.

After retiring from international and club football, Yekini led a low profile life in Ibadan, living in a four bedroom apartment on Ring road, away from his family who stayed in his hometown in Kwara state. Accounts from neighbours and associates paint a picture of a man who struggled with serious mental and delusional disorder after losing life savings to a bungled investment.

One neigbour, who claimed to have known the ex-international well over a decade, traced the problems to a deal between Yekini and a confidant known only as Ibraheem.

“He has always been a quiet person who does not want attention on him,” the neighbour, who refused to be named, said.

“But for me, Yekini started losing his mind and began behaving erratically due to his loss of huge sum of money to the death of his only confidant and business partner, Ibraheem, who ran a bureau de change in Sabo Area of Ibadan.”

Before his death, all his automobiles were in a state of disrepair and many times he was seen trekking in shorts in different parts of the city.

Many of such outings, another former neighbour, Mukaila Babalola said, led Yekini to stalls where women sold roasted plantains(bole) on Onireke road near Multichoice office in Ibadan.

“Always in short but not sport trousers,” said Babalola, who claimed to have seen Yekini regularly the past two to three years. “I remember reversing my car upon sighting him soliloquizing along Golf club area last year. I greeted him but he answered reluctantly.”

On his website, former teammate and defensive midfielder, Sunday Oliseh, called Yekini “one of the best African players and legends to ever walk this earth.”

But Oliseh reckoned that somehow a world cup match in which Yekini featured and was booed by fans as he was nearing retirement played a devastating role in the former striker’s end.

“Yekini felt betrayed and this haunted him till his death,” Oliseh wrote. “How could one give so much and receive so little in return from your own kind?” he asked.

More than that possibly haunted Yekini. Oliseh recalls the Super Eagles’ African nations’ cup triumph of 1994 in which Yekini played a key role, and winning the vital matches for Nigeria.

“Almost 20 years after this major conquest, Yekini is yet to receive the house the Nigerian government promised him,” Oliseh said. “In other words, he died not being rewarded for his efforts to make Nigeria great.”

Yekini’s lawyer and friend, Barrister Jubril Olanrewaju, said the late footballer lived alone till his death which was alien to our culture in Africa.

His burial attracted a large crowd of football fans and eminent personalities. They include the Kwara State Commissioner for Information and Communication, Prince Tunji Moronfoye, who pledged government’s assisstance to his family;  Osun state Commissioner for Sports, Mr Stephen Kola- Balogun who donated N1 million each to the family and children of the deceased on behalf of the State Government and the Oyo state Sports Commissioner, Dapo Lam-Adesina. The Kwara state Govt also promised N1.5million to Yekini’s family.

Also in attendance were some ex-internationals who played alongside Yekini – Mutiu Adepoju and Ike Shorounmu.

Here are some pictures from his burial: 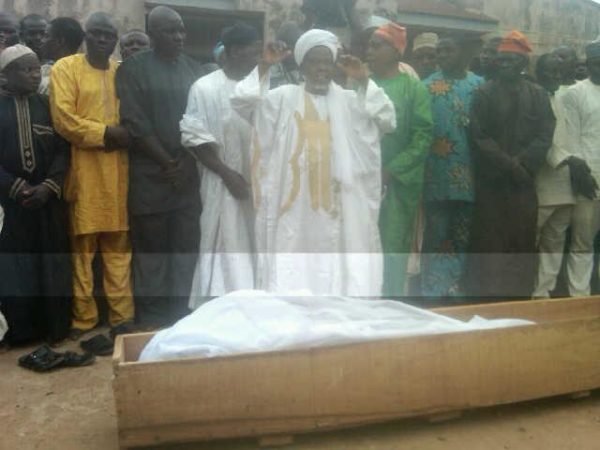 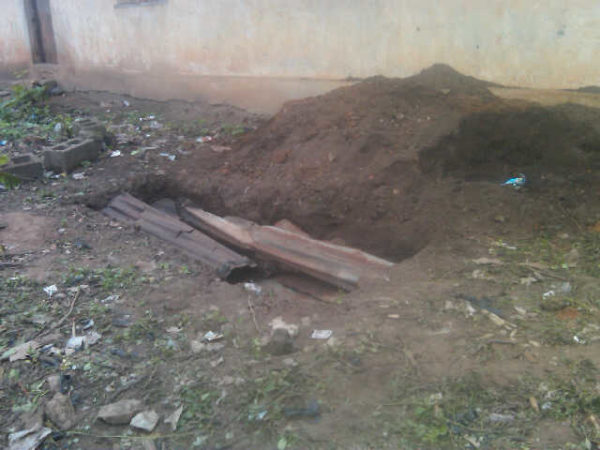 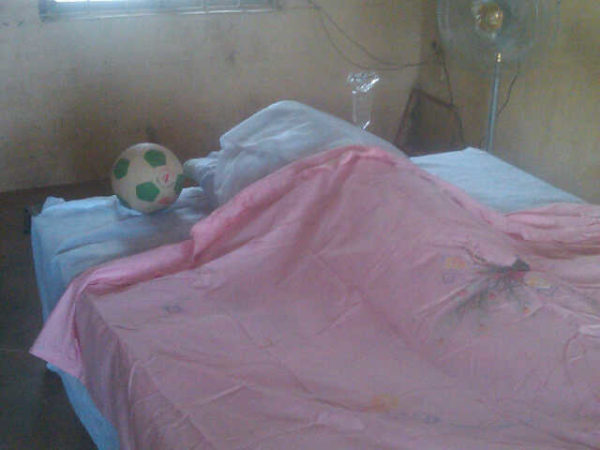 Related Topics:Rashidi Yekini
Up Next