BN Bytes: Dipo and His Women | Watch TelAfric TV's Exclusive Interview with Dipo, His Studio Session with Efya & His Acoustic Performance of "Superman" on Ndani TV 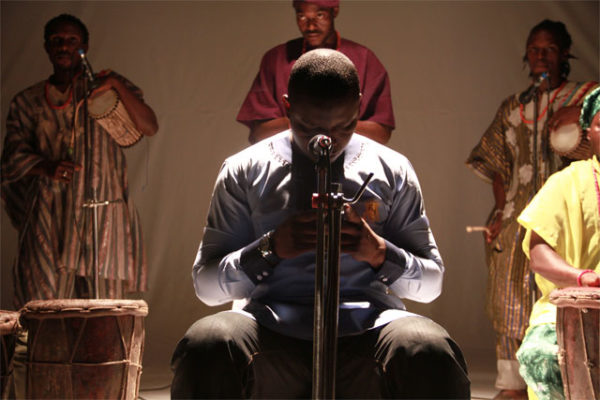 Dipo was a BNM Red Alert back in 2010 {click here} and has seemingly been on a hiatus from the limelight for a while now.

Well, I guess that’s over because on July 1st, 2012, he’s hosting an event, “Dipo And His Women” at Sip restaurant – a combination of soul/jazz music and drama, all narrated with Spoken word; alongside soulful songstresses: Temi Dollface, Trybe Records’ Aramide & Loopy Records’ Ruby.

Ever since Dipo‘s video for his single “Be Your Man” dropped back in 2011, his star has been on the rise. Here’s the very original video for “Be Your Man” which was shot in Kaduna and directed by Toka McBaror.

Before Oladipupo Olugbode decided to pursue his music career though, the Covenant University Accounting graduate was more or less a “Banker by Day, Singer by Night”. Here’s a special segment on Dipo by TelAfric TV to let you get to know him better:

Dipo has opened shows for the likes of Asa & Hugh Masekela and he has only notably collaborated with Ghanaian songstress, Efya. Here’s a clip of Dipo and Efya in the studio – splendid singing and just having fun:

Dipo is an extraordinary Nigerian export, and his single “Be Your Man” has gotten him immense attention and  his debut album is in the works and due to drop anytime soon.

But, “Be Your Man” and “Iyawo Mii” are just a tip of the iceberg of what Dipo has to offer. Here’s an acoustic performance for Ndani TV of his single, “Superman”.