BN Hot Topic: If Your Father is a Corrupt Politician, Will You Disown Him? 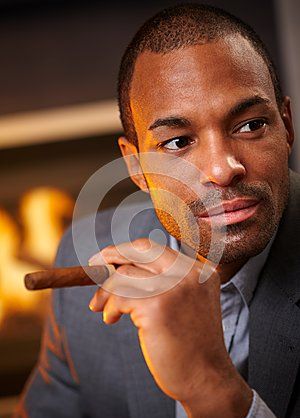 Hey People!
Long time…sorry for the break in transmission. Grad School things.
So where did I stop.
I can’t remember the last topic discussed but I’m sure it had something to do with love or weddings, my two favourite topics 🙂

Today, my gist is different.
First up, some background information, I have this friend from my university days. I’m sure anyone who attended university in Nigeria knows someone like this.
This guy was a “freedom fighter”, as in, very active in university student union politics, always protesting one thing or the other. If you were in the mood for a relaxing gist session about mundane things, this was definitely not the person to hang out with.

All his gist was “the government is wrong…this; Nigeria is a rotten state…that”

We moved on from university and I reconnected with him during the blogging era when I discovered his blog which (you guessed it…) was all about the state of the nation, politicians and political issues. At that point, he had moved away from Nigeria for his post-graduate studies. We hung out a couple of times when I visited his state and he was your typical grad school student with the same “student union edge” from our university days, this time remixed with “Nigerian in diaspora” idealism – you know what I am talking about – I am afflicted with it too.

Fast forward a few years, we haven’t really been in touch, I heard he moved back to Nigeria – Abuja to be precise. Surprise surprise, he called me a few weeks ago. Said he was in my city to close a deal. I met up with him and the man I met was so different! He looked suave – the student union beard and uncombed hair was replaced by a smooth shave and a sleek cut. The jeans and tee shirt was now a blazer, slimfit jeans and a crisp shirt. He even smelled and spoke differently though he was still my humble friend.

We talked and talked. Caught up on old times. It turns out the deal he was in town to close was a real estate deal for his father. He asked if I wanted to see the house and we drove down to the house and DUDE…there is no house that I have seen on MTV’s Cribs that rivals this one.

Turns out his civil servant father rose up the ranks there and now has a cushy political position.

I’m sure he knew what I was thinking and he said “If na your papa, you go disown am?“

So BN readers, that is my question to you. Each time you or I log on to twitter or facebook, we see friends ranting about Nigerian politicians, if any Nigerian politician’s child embarks on any business venture or gets married, we assume they used “our” money.

So if it was your father (or mother), would you disown him/her? Would you challenge their practices in government? Would you reject their gifts?

Sidenote – My friend is not single 🙁