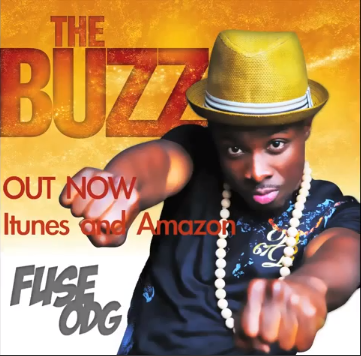 Fuse ODG has filled the airwaves with his massive “Azonto” single featuring Itz Tiffany and he followed it up with another huge success, “Antenna” which has an on-going Dance competition (take a look at one of the entries below). Now, the UK-based Ghanaian artist is back with a collection of smashing tunes on his Debut “The Buzz” EP now available on iTunes and Amazon. Here’s some footage of Fuse ODG in action at the EP launch at Under The Bridge, Chelsea.

Also, since Fuse ODG‘s #Antenna Dance Competition is still on, here’s the newest entry – a couple showing off their epic azonto skills while telling a story.