BN Exclusive: "Our Separation was a Mutual Agreement" Nollywood Star, Joseph Benjamin Opens Up on Separation from his Wife, Rumours & the Future 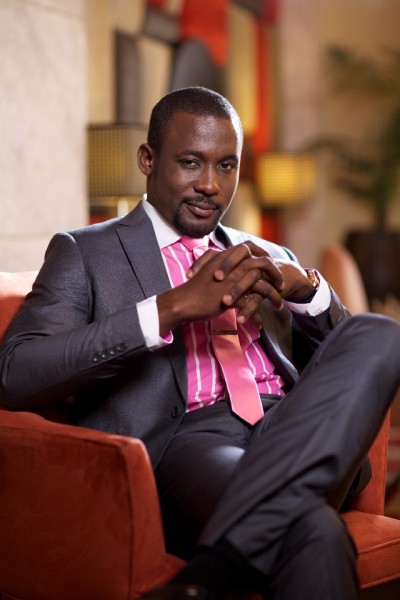 In January 2012, Nollywood star and TV Presenter, Joseph Benjamin was the second celebrity featured on our then newly launched BN Saturday Celebrity Interview. He shared interesting details about his career with BellaNaija’s entertainment correspondent, Adeola Adeyemo in a very open and interactive interview.

Joseph Benjamin’s Previous Statement on his Marriage However, when the questions got more personal and he was asked if he was dating or romantically linked with anyone, his  simple response was, “It’s private. Professionally I will just tell people I am not available. I am not saying anything.”

Since then, there have been rumours circulating about his relationship status with people insinuating that he was married.

On Tuesday November 20th 2012, the actor finally broke the ice on his relationship status in an interview with Reel Radio, an online radio station. He said he was previously married but was  now separated from his wife.

Since the news went viral, there has been a slew of negative comments on various media outlets, condemning the actor for his separation. Joseph who is obviously very disturbed about this, today, revealed to BellaNaija the circumstances surrounding his separation from his wife.

What Really Happened in his Marriage? “I was married for 8 years. It was a rather odd situation at that time. She got pregnant and I didn’t want to have a child out of wedlock and so I married her so we could build a home together, even though we had given birth to the first child. Things weren’t rosy then, but I believed it was the right thing to do for the sake of the child. I overlooked my own personal desires, I just wanted to do right. Our second child came and I stood by my family like I always have; but no one is perfect, we had our issues – the crisis persisted but we stayed because of the kids. But you never make that kind of decision because if the parents are not happy together then the children suffer.“

He also corrected a rumour which has been spreading saying she was older than him and took care of him financially. “I’ll also like to correct a misconception – she is not older than me, and she wasn’t taking care of my financial needs as people have insinuated. We were both starting off in life on the same grounds – no one was exploited.”

What Happens after the Separation Despite the separation, Joseph says he is still committed to his kids and would continue to love and care for them. “I’ve been separated for a year now but we still keep a good relationship, and our separation was a mutual agreement. She is a good woman but I could not go on with the union anymore seeing the foundation it was built on was untrue. I have two wonderful children – a ten year old daughter and a seven year old son. They are an integral part of my life; their mum and I have a very good arrangement on how to balance their lives and make sure that psychologically they are stable and unaffected by our separation.”

The “Tango With Me” star, his children and their mother would like the public to respect their privacy in these trying times.

Related Topics:Joseph Benjamin
Up Next

Come Out & Play this Friday! Win Tickets to the Smirnoff Midnight Circus Launch Party in Lagos