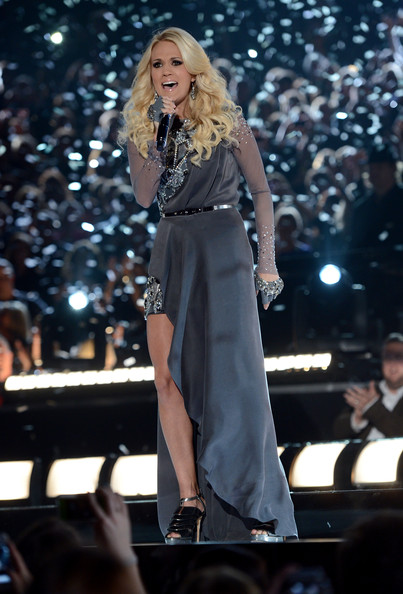 Looking through photos from the one of the major music awards events in the US, the 2012 Country Music Awards (CMA), we spotted country superstar Carrie Underwood in an amazing dress by Tsemaye Binitie. The American Idol winner/country star was the host of the show this year and thrilled the audience with 12 outfit changes including her red carpet gown – Click to see all her on-stage looks.

For her sizzling finale, she performed in an asymmetic high-low dress by Nigerian/British designer Tsemaye Binitie! The style is one of Tsemaye’s signature designs as it has featured in his AW 12/13 amd SS 12 collections. We first spotted the dress on the runway in September 2011 at the  ARISE Made in Africa – Spring 2012 show during Mercedes Benz Fahsion Week in New York and then in March 2012 at the ARISE Magazine Fashion Week in Lagos. 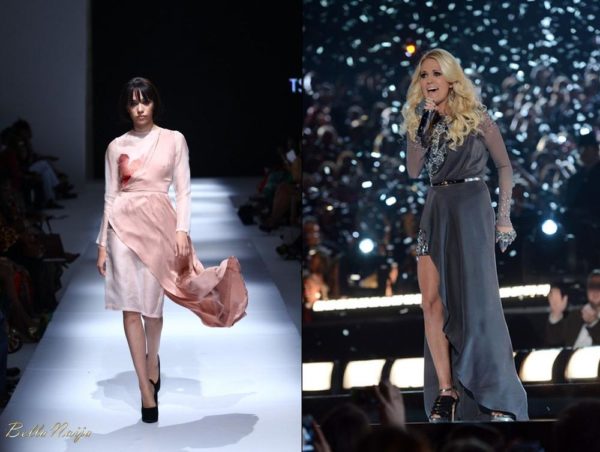 The dress was customized for Carrie with sheer sleeves and embellishments fit for the country queen. 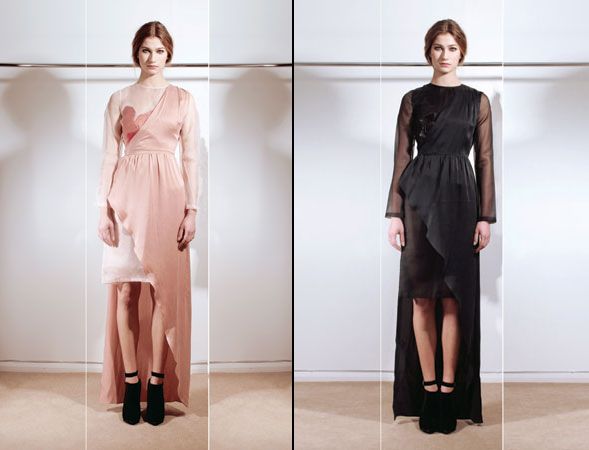