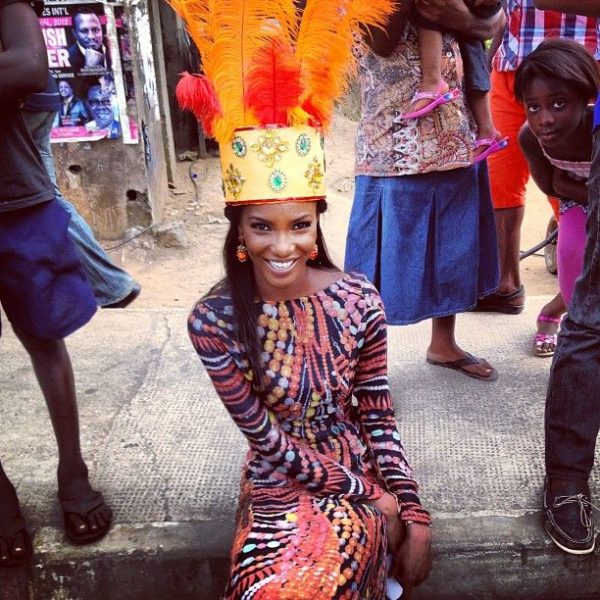 This year’s edition of the River State carnival was tagged as a commemorative edition, titled “CARNIRIV 2012 Port Harcourt 100 Edition” in celebration of the centenary anniversary of the existence of Port Harcourt.

Speaking on the Face of CARNIRIV 2012, its organizers expressed confidence in their choice, saying “Our own epitome of true beauty and first black African Miss World, Agbani Darego is this year’s face of CARNIRIV. She will dazzle the carnival with her sensational touch of smiles and raw undiluted beauty reflective of a true African lady.”

On her involvement in this year’s festivities, Agbani Darego said, “I am delighted to be the face of CARNIRIV 2012. It’s great to return home to familiar soil and the loving people of Rivers State. I’m excited and look forward to connecting with my people and sharing this wonderful experience together.”

During the week long event which ran from the 8th to 15th December 2012, there was a  keynote address by Nobel Laureate Wole Soyinka, performances by Shaggy, the Soweto Gospel Choir alongside Ras Kimono and Orits Wiliki.

Styled by Ebun Aboderin, Agbani dazzled all through CARNIRIV 2012 by showing off her fashion chops in pieces by Nigerian designers including Iconic Invanity, Jewel by Lisa, Odio Mimonet & Tiffany Amber. Coincidentally Agbani’s sister celebrated her traditional wedding during the festival and you can check out the former beauty queen in her peach gele, blouse and green george aso ebi.

So gorgeous! After all these years, Agbani is still a stunner. 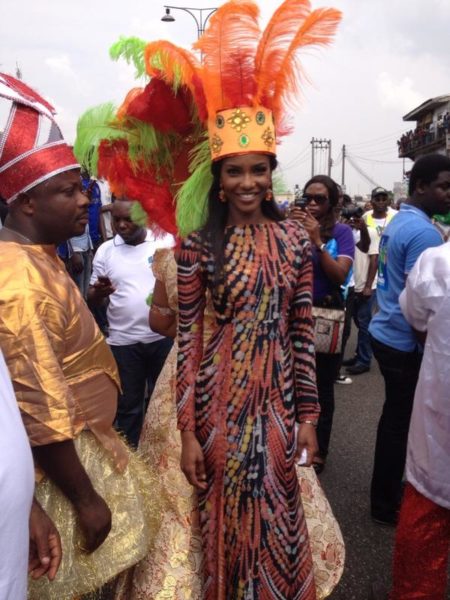 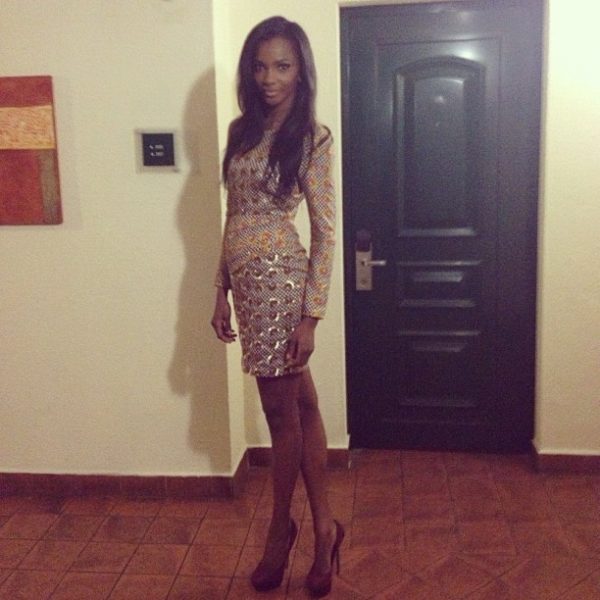 Agbani in Jewel by Lisa 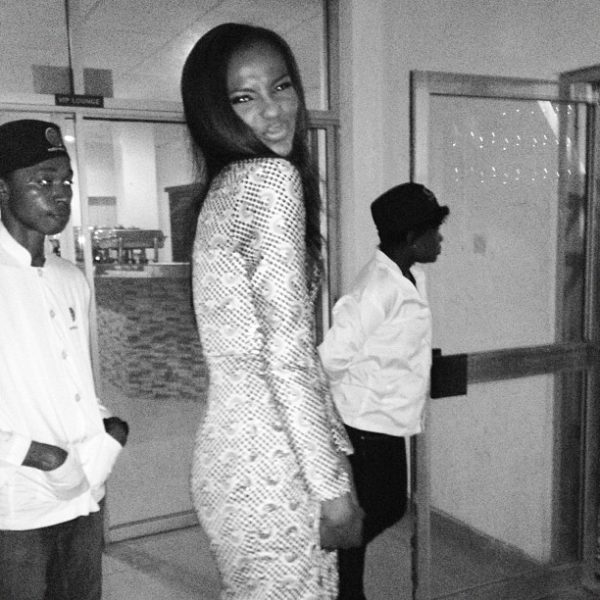 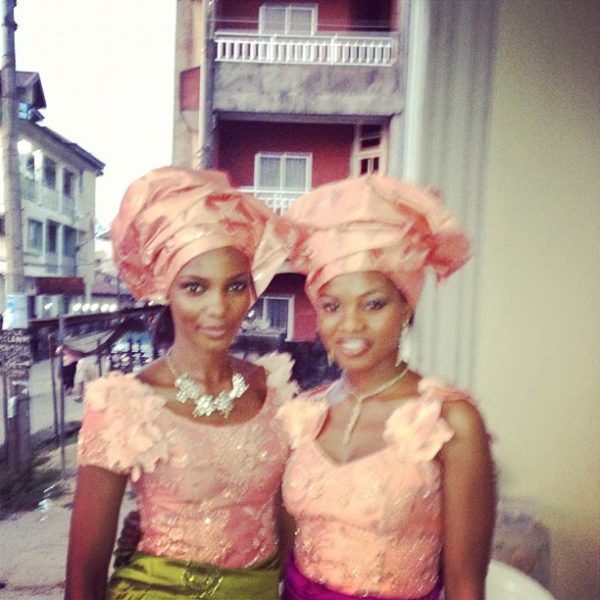 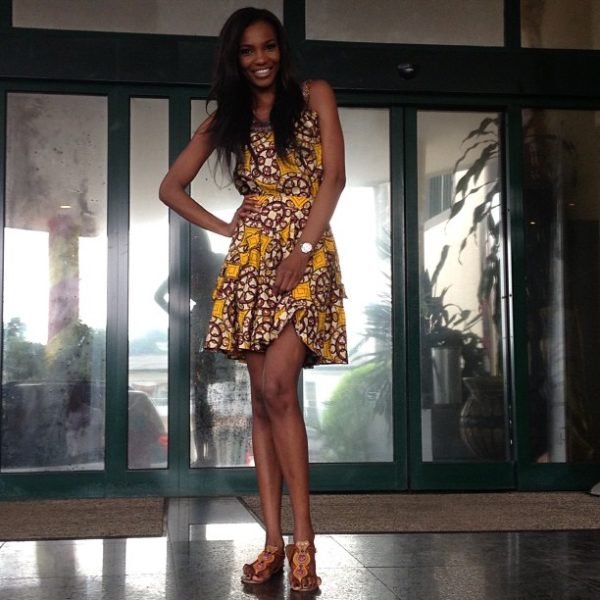 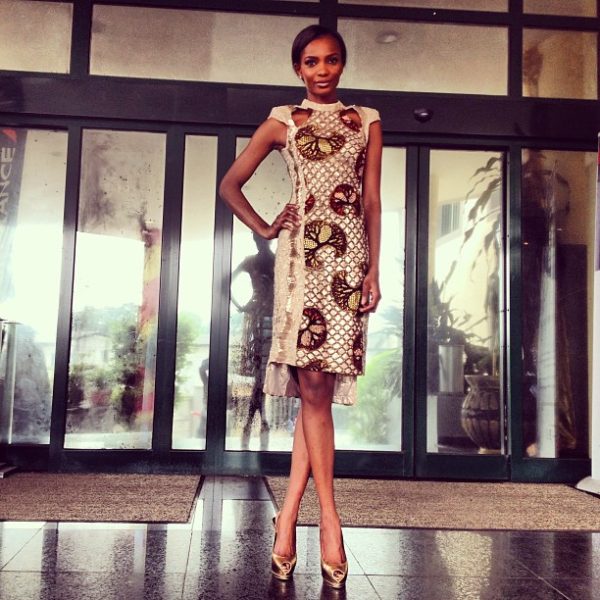 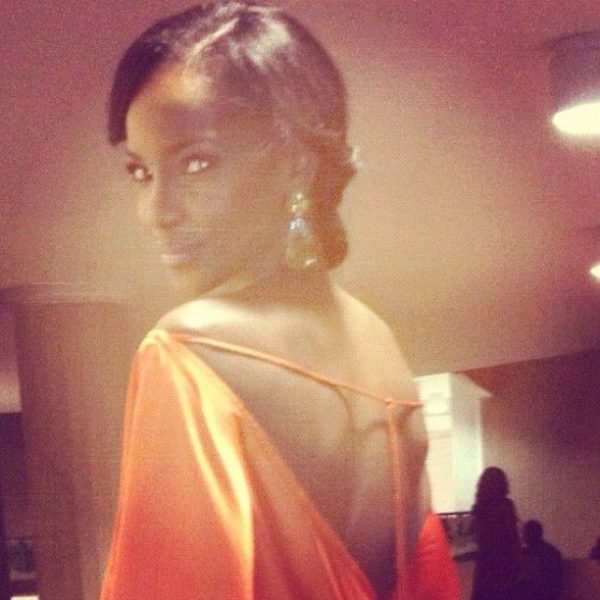 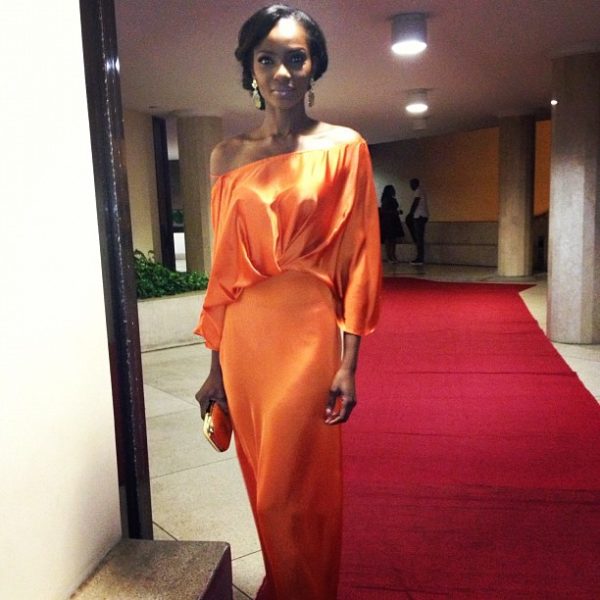 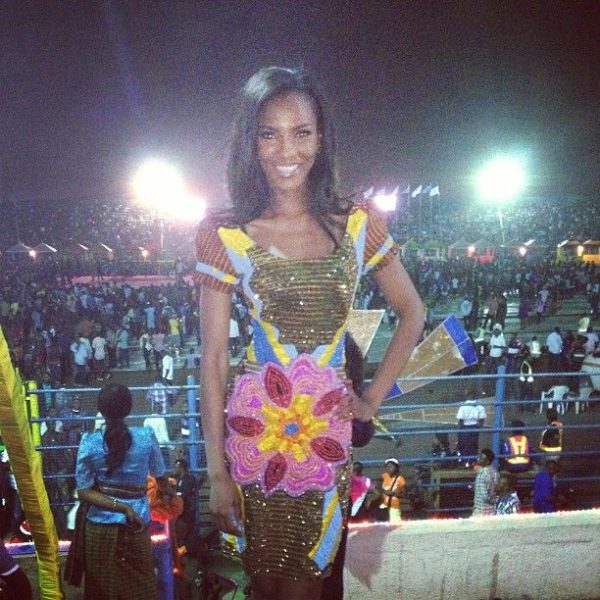 Agbani in Iconic Invanity at the Closing Ceremony from CARNIRIV