Ladies and gentlemen, boys and girls, grab a bowl of popcorn – or cabin biscuit – and a soda, because it’s time for another fashion face-off here on BellaNaija, just before we say Happy New Year.

The lady in white, is a common term we use for brides walking down the aisle but recently, the colour has become a favourite dress choice for both Nigerian and international celebrities at red carpet events and social gatherings.

Stars like Agbani Darego at the Elite Model Look 2012 Finale in Bridget Awosika, Gwyneth Paltrow at the 2012 Academy Awards in Tom Ford and Rihanna at the 2011 Grammy Awards in Jeal Paul Gautier are everyday proof that the pristine colour is a right dress choice. 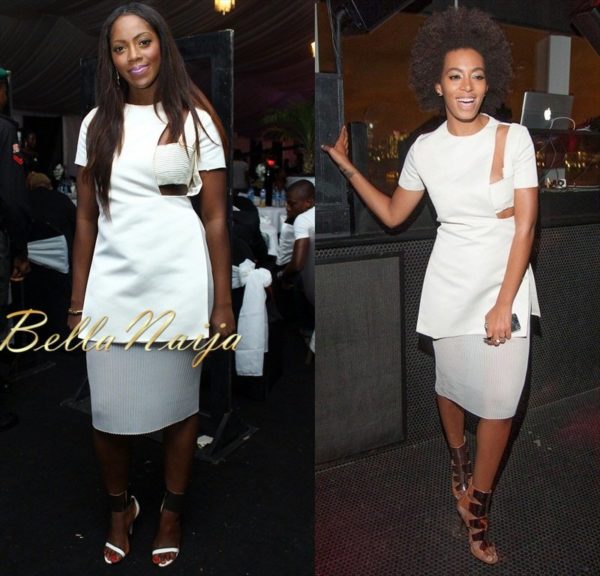 Her latest song is titled Losing You but Solange is definitely not losing us in this dress. On Tuesday 9th October 2012, our BN Style radar saw Solange wearing this Esteban Cortazar Resort 2013 dress at the Absolut Tune Launch Party in New York City.

The 26 year old artiste and yummy mother of 1, who reportedly styled herself for the event, rocked the outfit with her signature hair and a pair of Giuseppe Zanotti tan booties. She also kept her make-up simple with nude lips. 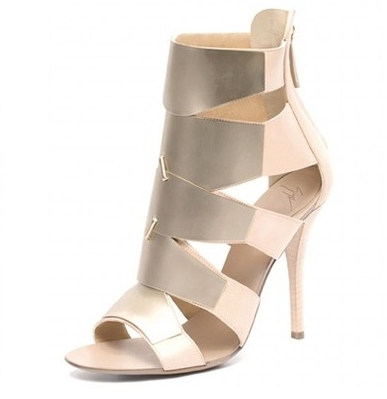 What’s not to love about Tiwa Savage. She’s talented, fun and yes, a style star. At the FAB Night Out 2012 held on Sunday 2nd December 2012 at the Landmark Village, Lagos, the Kele Kele Love star, arrived on the black carpet in the same dress.

The 32 year old chanteuse pulled her hair back and opted for luscious pink lips. She accessorized the frock with drop silver earrings, a gold bracelet and metal ankle-cuff 4 inches leather sandals by Esteban Cortazar. 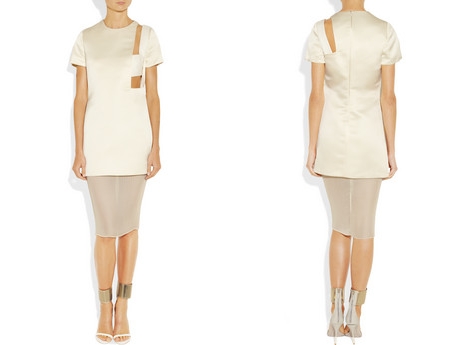 So, BellaNaija Style watchers, who you think rocked this Esteban Cortazar dress better?

BellaNaija Style Extra
American singer and actress, Brandy Norwood as well as these two style stars are fans of Esteban Cortazar’s pieces. Check out Tiwa Savage donning one of the label’s pieces at the 2012 Channel O Music Video Awards in November, Solange Knowles at a Fundraiser for Obama in October and Brandy at the 2012 VH1 Divas show this December.

The 33 year old accessorized her outfit with wavy hair, a selection of gold jewels and the same shoes that Tiwa Savage wore to the FAB Night Out from the design label.

In October, Solange wore a £950 cape-back duchess satin and cady jacket from the design label’s resort 2013 collection to a fundraiser for President Barack Obama, hosted by her sister Beyoncé and brother-in-law, Jay-Z at the 40/40 Club in New York City. 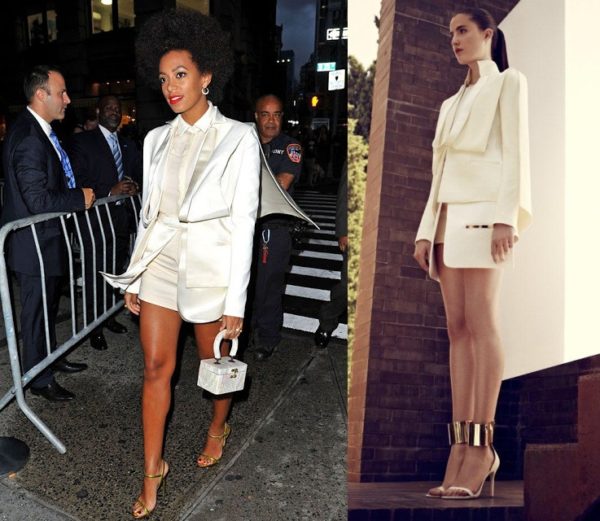 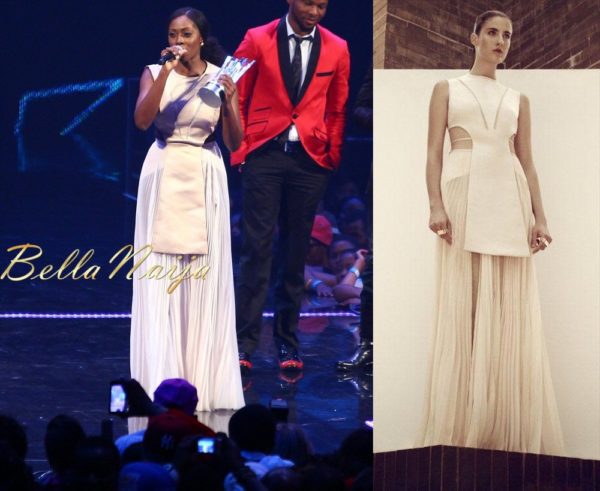