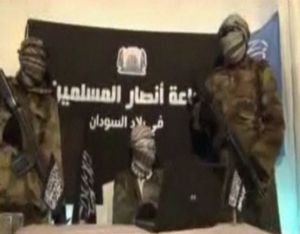 The claim by a militant Islamic group, Jama’atu Ansarul Musilimina Fi Biladis Sudan otherwise known as JAMBS that it has killed seven kidnapped foreign construction workers kidnapped in Bauchi on 16th February is currently brewing some tension in the country. The hostage killings which appear to be the worst in decades targeting foreigners working in Nigeria, suggests a new level of danger for expatriate workers in Northern states.

The workers included three Lebanese, and a citizen each from Britain, Greece, Italy and the Philippines.

Agency reports quoting site monitoring service says the al Qaeda-linked group released screen shots of a video on YouTube purporting to show the dead hostages. One screenshot showed a man with gun standing above several prone figures lying on the ground, then close-ups of their faces lit up by a torch.

It carries the Arabic title, “The killing of the seven Christian hostages in Nigeria” although the religion of the deceased was not clear. A caption underneath the video says in Arabic and in English: “In the name of Allah Most Beneficent Most Merciful.”

The leader of JAMBS, Abu Usamatal Ansary, stated in a message posted in a Islamic website that the decision to execute the expatriates followed reported attempts by British and Nigerian Forces to storm the area where the hostages were being kept and release them, contrary to earlier warnings issued by the sect. He also stated that the hostages were killed because five jet bombers belonging to the British Government, soldiers and intelligent agents were sighted in Bauchi by journalists thereby giving the indication of an operation to free the hostages by force.

Meanwhile the British government denies the allegation claiming its planes spotted Nigeria were only engaging in transportation of Nigerian troops to Mali. According to Punch, they have however vowed to assist the Federal Government to bring to book the killers of the seven foreign workers which include a British citizen.

However, while the United Kingdom, Italy and Greece confirmed the killings on Sunday, the Federal Government is yet to comment or release a statement on the purported killings.

But friends of the British construction worker Brendan Vaughan who have apparently accepted his death  have been posting tributes to him on his Facebook page. His Thai girlfriend, Orasa Arpornkaew, wrote: ‘You’re always in my heart.’

We are so saddened by this news.