NIS Recruitment Scam: "I was neither aware of the 'advertisement' nor the recruitment exercise" - Former C-G NIS, Paradang 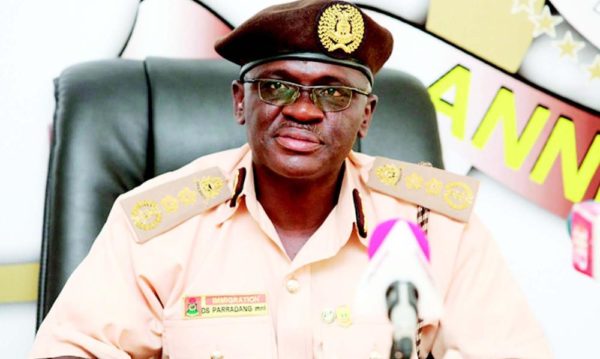 The trial of a former Interior Minister, Abba Moro, before Justice Nnamdi Dimgba of the Federal High Court Abuja began on Wednesday, June 8th 2016 with the presentation of the first prosecution witness, David Shikfu Parradang, by the Economic and Financial Crimes Commission, EFCC.

Paradang, a retired Comptroller-General of the Nigerian Immigration Service, NIS while being led in evidence by counsel to EFCC, Aliyu M. Yusuf, told the court that he was never aware of the exercise.

He stated that, on September 9th, 2013, his attention was drawn to a publication in one of the dailies “Sunday Trust” regarding a recruitment exercise purportedly going on in Nigerian Immigration Service.

“As the then Comptroller General of the NIS, I was neither aware of the “advertisement” nor the recruitment exercise. So, it came to me as a surprise,” Parradang said.

On what he did when he became aware of the exercise, Parradang stated that he placed a call to the Secretary of the board, one Dr. Attahiru and asked if Immigration was recruiting to which the man responded “Yes”.

Worried by that response, the former Comptroller General said he asked why he, as the head of the organisation was not informed of the recruitment. According to him, the response he got from Dr. Attahiru was that, he should not worry. He added that, he further placed a call to two of the board members who also claimed they were not aware of the exercise.

Paradang stated that he wrote a letter to the Secretary of the Board, Dr. Attahiru that same day, September 9th, 2013, expressing his dismay over the advertisement placed for employment but the admissibility of the document was objected by the defence.

In objecting the document, Paul Erokoro, SAN, counsel to the first defendant (Moro) contended that though the document was certified, there was no evidence to show that the certification fee was paid as it carries no endorsement certificate.

He said, being a public document, it is not admissible as it has not met all the necessary conditions precedent to its admissibility.

Ameh added that the essence of certification is to show that the content of the document is the same as the original.

Counsel to the second defendant, Chris Uche, SAN, also aligned with the submissions his other colleagues on the same divide and urged the court to discountenance the document.

Responding, Yusuf argued that the document being relevant is admissible as relevancy determines admissibility.

He said, the witness (Parradang) had testified that he made the document and sent it to the Secretary of the Board.

On the issue of payment of fees, Yusuf relied on Section 104 of the Evidence Act adding that, the case the learned silk referred to was a civil case and that fees were actually prescribed to it.

Regarding the argument on who has custody of the document, the counsel argued that the board is part and parcel of the Ministry of Interior and as such it is expected to superintend over the affairs of some parastatals under it.

Thereafter, Justice Dimgba adjourned the trial to June 10th, 2016 for continuation of trial.

Moro is being prosecuted alongside three others on an 11-count charge bordering on procurement fraud and money laundering.

The other accused persons are: one-time permanent secretary in the ministry, Anastasia Daniel-Nwobia, a deputy director in the ministry, F. O Alayebami, one Mahmood Ahmadu (at large), and the contracting firm that was given the recruitment job, Drexel Tech Nigeria Limited.

They are alleged to have defrauded a total of 675,675 Nigerian job seekers to the tune of N675,675,000 representing N1,000 per applicant through e-payment for their online recruitment exercise into the Nigerian Immigration Service, NIS, on March 17th, 2013, an exercise which was carried out in a negligent manner and led to the death of about 20 applicants in various recruitment centres across the country.