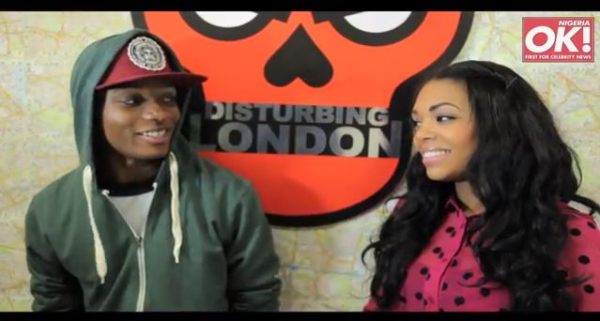 Yaaa!!! It’s the star boy, Wizkid. OK! Nigeria TV caught up with the ‘Afro Pop prince’ while he was out at Disturbing London’s headquarters in London. They got the exclusive scoop on his recent concert, his mixtape, his upcoming album and a lot more. Did you know?

To find out more, watch the Full Interview here! While we wait for his upcoming African Tour later this year, here’s the viral video for UK-based producer Maleek Berry‘s hit single, “The Matter” featuring Wizkid