We can tell you that the denim line will be officially revealed with a fabulous ad campaign. Here is sneak peek of what to expect. Luxury retailer Temple Muse and Tiffany Amber stores will stock the denim line.

In other news,  Folake Folarin-Coker, the Founder of Tiffany Amber was honoured with the Enterprise award at the 2013 Women, Inspiration and Enterprise (WIE) Symposium in Cape Town, South Africa.

The award which seeks to honour trailblazers who have surpassed the glass ceiling and brought innovation and change to the world. Commenting on the award, Folake said; “It is always an honour to receive an accolade for something I love doing, but it gives me even more pleasure to be recognized by such an amazing network such as WIE, who’s mission is to empower women, bring them together and in doing so, inspire our future female leaders.”

As well as being the Enterprise Award winner, she was also listed in the WIE 60 Power Influencers in Africa which showcases the women shaping Africa’s future. 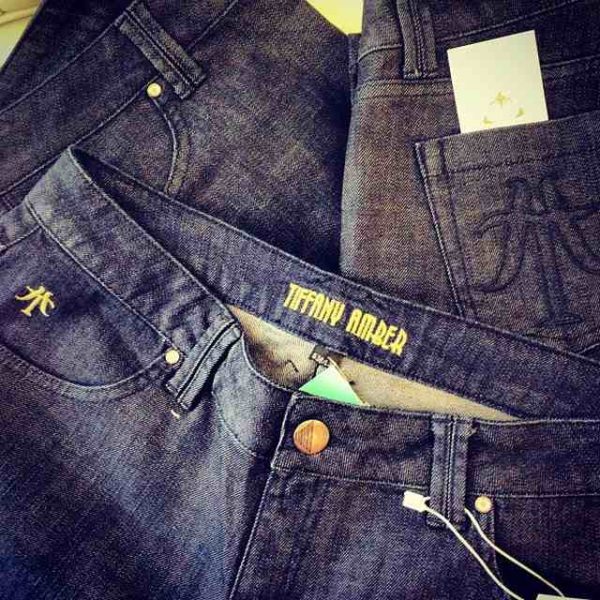