BN Exclusive: "I Miss Him So Much"! Read Dr. Sid's Tribute to his father Justus Esiri in Urban Royale Magazine's 3rd Issue

There’s truly something about the Esiris that we all absolutely love.

In February 2013, it was announced that Nollywood veteran actor Justus Esiri was dead. Just before his demise, the pioneer actor and his music star son Dr. Sid had a fun photo shoot for Urban Royale Magazine‘s 3rd edition (The Father’s Day issue).

In the brief interview, Dr. Sid opens up about his doting father;

Losing my dad has taken a lot out of me, but it has given me a lot as well. I miss the man just for his sheer awesomeness. He was so great, always so composed, he had everything under control. He had a great smile, he had charisma, and he was so charming.

Everywhere he went into, he would light up the room. Those are qualities I try to imbibe in myself in my everyday life, in everything I do.  At this point… (he pauses, he seems to be getting really emotional).

My dad is going to be missed not just by me, but by the whole world. My job right now is try to live my life in a way I know that is befitting to his legacy and that would make him proud of me. And even though he can’t see me physically, I know that he is watching over me. I miss him so much. I’m just going to try and do right by him.

The cover story will tell different accounts on the recent interview with Dr. Sid and UR’s experience with the duo all through the photo shoot respectively. Check out exclusive photos from the shoot. 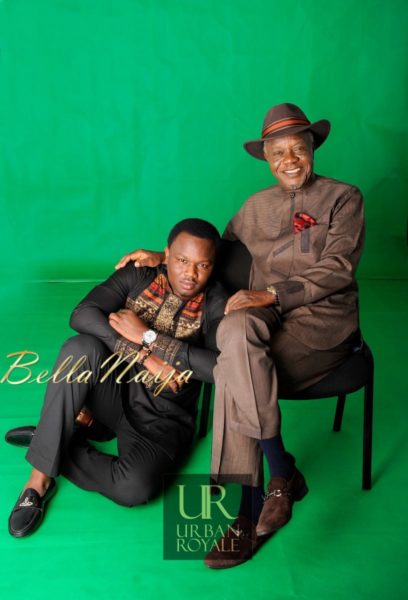 You will also get a look into the rich culture and city of Uyo.

This issue is currently available. Ask your vendor for a copy.