"It Reminds Me Of A Mimicry" | 'Brigerian' Actress Tayo Elesin Talks About disliking 'Nollywood', Playing the role of a young Ngozi Okonjo-Iweala & More 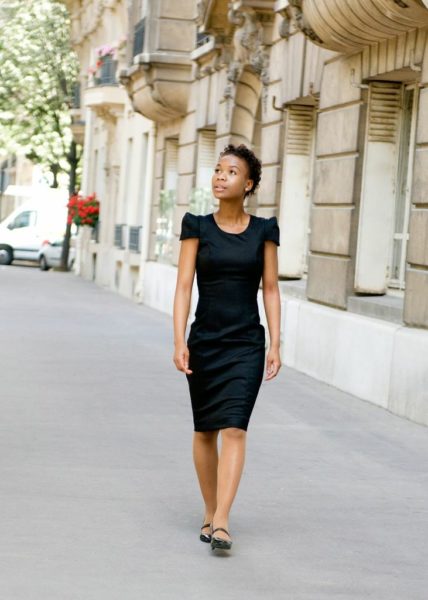 A few days ago, British-Nigerian Star of “Law and Order UK” Tayo Elesin gave an exclusive interview to the Vanguard newspaper.

Back in April, 2013, BN caught up with star and got a lot of juicy details about her career and her heritage {click here}. But now, in interview conducted by Benjamin Njoku, she spoke about how she disliked the term, ‘Nollywood’; how she plans to play the role of younger Ngozi Okonjo-Iweala whenever a biographical film is done about her and much more.

Click HERE to read the complete interview and check out excerpts below.

On why she doesn’t like the term, “Nollywood”
I don’t like the word, Nollywood. I really don’t like it. There are several reasons. One of which is, when I think of the word, Nollywood, quite frankly, it reminds me of a mimicry, if you will, of Hollywood. Now, Hollywood is the home of the American film industry. It’s actually a location in Los Angeles. I have found nowhere in Lagos or in Nigeria called Nollywood. Except if you are telling me it’s located in the Mushin or Ikorodu area of Lagos. But I’m yet to see such a place in Nigeria.

That’s why I don’t agree with the word, Nollywood. Incidentally, the word, Nollywood was not actually created by a Nigerian, but by a newspaper publication back in the States which started to identify Nigerian films as Nollywood. But when you read through that article, it wasn’t used respectfully like Nollywood. Rather, it was used to describe the film industry in Nigeria in a mocking way.

But Nigerians took it up and turned it the other way. But for me, Nigeria is a big country with a flourishing film industry. It doesn’t need to mimic the word, Hollywood. Also, there are films from countries like Finland nobody calls such films Fin-wood, or British-wood referring to films from Britain. It’s called British films. What I want to see is a Nigerian film to be called a Nigerian film. There is no need for the mimicry at all. We don’t need it.

On acting as a young Ngozi Okonjo-Iweala
What really angered me about the Nigerian film industry is that Nigeria as a country is rich with stories. Why has nobody done a biographical movie about Ngozi Okonjo Iweala, for instance? Why is it that other people are taking our stories and telling them in the western world anyhow they deemed it fit? I don’t understand.

Why are our film makers not taking advantage of this global appreciation of our work of art? I’m a bit worried because a lot of our film makers have not explored this opportunity to make great movies about their country.

What attracts me about Ngozi Okonjo-Iweala is her level of education, her poise and what she has actually achieved as a woman in the financial world. It is not easy for a woman anywhere in the world to occupy such a powerful position let alone, in an African country. It’s even ten times harder and the fact that she has maintained it and has also retained it even up till today is absolutely admirable. I think, if you look into her life, one will be surprised to come up with an interesting story about her upbringing.

Recall that Ngozi Okonjo-Iweala attended Harvard University at a time, I’m sure it was not easy for a black person to be there. If Hollywood film makers could do a film about Abraham Lincoln and are also talking about doing a biographical film about Obama, why can’t Nigerian film makers do a biographical film about Ngozi Okonjo-Iweala who is a major female figure in the African financial industry? I’m sure if I conduct an interview with her right now, there will be a story about her life that has not been unravelled. This is because I suspect she wouldn’t have gotten to where she is today overnight.

Her assessment of films from Nigeria
I think Nigerian movies are getting better and better every day. This is an industry that is about 20 years old and it has recorded remarkable progress in the time frame. I think, with more training for actors, producers, directors and structure put in place, the industry has the ability to make more progress in future. For instance, we need agents and managers who will deal with contracts so that artistes don’t have to be bogged down by these things.

A producer and a director should not be having a meeting with me about my fees. They should be talking to my agent and manager. Over here, they talk to artistes directly. That’s not how it’s meant to happen. An actor is a creative person. What I want to deal with is the story and not discussing my fees. That’s left for my agent to handle. Also, there is need for structural things like casting directors.

Would You Like to be on the Cover of TW Magazine? Take Part in the TW Celebrity Fitness Challenge