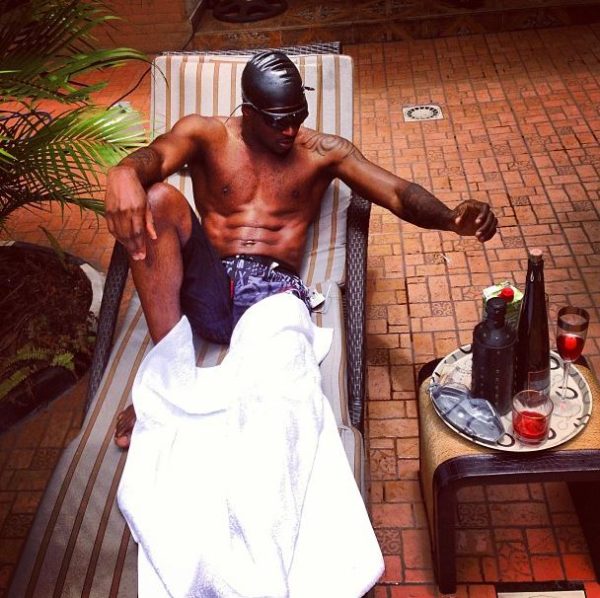 Yesterday, we announced the debut of the Alexander Amosu-created ‘World’s Most Expensive Champagne’. The champagne which was valued at a whopping 284 Million Naira surely caused a bit of a ruckus on the inter-webs. And, amongst the dissenters of the luxury champagne was certified millionaire, Peter Okoye of P-Square.

The Music star took to Twitter when he heard the news.

Shortly after, serial entrepreneur and luxury designer, Alexander Amosu responded to Peter by uploading the below snapshot of Peter’s tweets on his Instagram page with the caption: “Please send Peter a bottle” 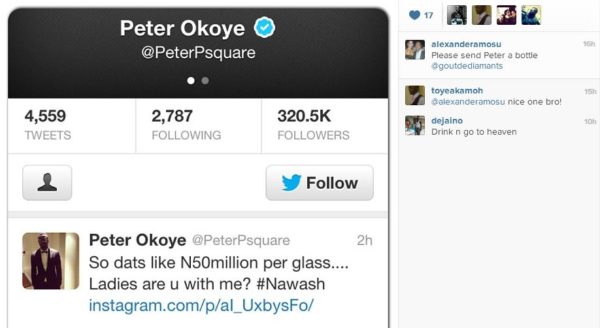 @peterpsquare A bottle on the way too you!!!

Now, I’m wishing I said something too… but hold on, who am I?