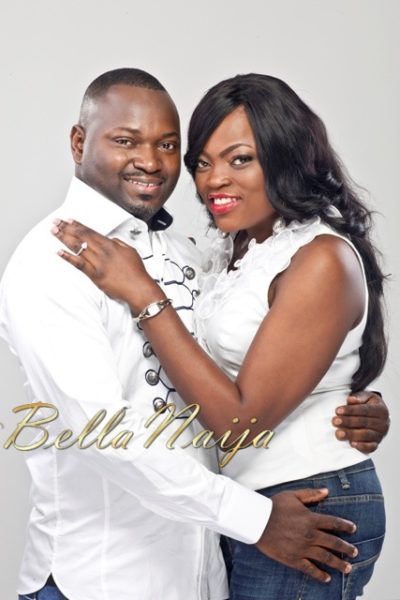 It has been confirmed, Funke Akindele and Kehinde Almaroof Oloyede are no longer a couple.

After staying mum on recent reports that she and her property developer husband of 1 year and 46 days have split, the actress released a statement via her publicist/sister Ayo Ola-Muhammed.

Dear Friends,
On behalf of our client, star actress, Funke Akindele, we want to formally inform you that after due consultation and consideration, she’s now separated from Mr. Kehinde Oloyede as his wife. She hereby urges her fans and all concerned to pray and wish her the best as she moves on in her career. Kindly note that this is the first and only official statement from Funke Akindele on the matter and will be glad if her wish is respected. Thank you.

The actress recently had a short interview with blogger/journalist Stella Dimoko Korkus  on her blog StellaDimokoKorkus.com through a telephone conversation. Read the interview;

Funke how do you feel now that your marriage has ended after just a year? You must be going through a hard time right now. People are laughing at you.
…….thank you for calling Stella. First of all let me clarify that I have not replied any sms or spoken to anyone on this development before now and neither have I threatened to sue anyone, I do not know who sent out that sms denying that my marriage is over, that was what necessitated me sending out a press release so as not to confuse the public, especially my fans whom I’m so passionate about. I’ve been unable to pick calls due to my busy schedule on set and I needed to settle down before picking any calls, so you called at the right time.

I will address this issue now and thereafter face my career and try to concentrate on the things i have on my plate at the moment…Yes my marriage has crashed.

Let the people who are laughing at me continue laughing, my job afterall is to make people laugh. Let those who are without sins or mistake cast the first stone. Let them continue judging me. God is the overall judge, he is the one I look up to.

I am shocked Funke. Why the silence all this while why? why Facebook?
It’s my private life, I know I am a public figure but I am entitled to some privacy at least. What has happened has happened, No one is beyond mistakes. I will take corrections from this and apply where necessary from now on. I bear Mr Kehinde Oloyede no ill feelings.

We wish Funke all the best.