Is the Unwillingness to be Outdone a National Trend? 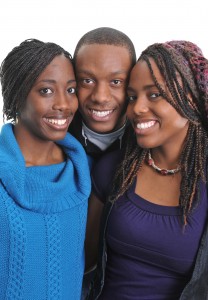 Although there have been attempts at (re)branding Nigeria and Nigerians and giving us a holding character, nothing quite defines a people like a national stereotype. The British have the stiff upper-lip. Germans are world renowned for their machine like efficiency. The French are popularly misconstrued as rude. Where stereotypes are easy, sometimes flawed, sometimes spot-on indicators of the collective character of a people, they serve a need especially when broad definitions arise. Alongside the common impressions that we are all fraudsters or are extremely bright, one wonders if there is any space for another definition. What similar characteristics have a sizable number of Nigerians exhibited enough for it to be a national character or do the ones already given do us enough justice?

Well … what is about to be proffered is a conjecture at best that will probably fit in with a long list of conjectures already made about the Nigerian character or If you will just another layer in the onion that is the Nigerian. Alongside the other qualities that make us indelibly Nigerian is our unwillingness to be outdone in any way manner or form. We simply will not stand for it. Naija just like Warri, no dey carry last. We will scrounge, scrimp, save, soak garri, borrow off future earnings more imagined than real, delay gratification even if the prospect of gratification seem far-fetched, come short of the glory, yank out an organ or three and doctor reports in the ignoble art of pen robbery just to acquire the coveted item. It could be an iPhone, it could be a foreign degree but most importantly it is usually something that under normal circumstances would have been outside our sphere of acquisition but then again the Nigerian circumstance has never been normal.

Our unwillingness to be outdone is a double edged sword and like everything has a yin to its yang. The yin – The tenacity of us as people exemplified by such examples as the newcomer to the city who has struggled to make a name for himself against all odds; and the student from the disadvantaged background who is top of his class. The yang – Our clamor for the material and thrills of an effervescent quality that appeal to the basal itch of greed (the bad type) and reek of ‘me-tooism’: both of which are tell tale signs of the consumerist times we live in.
No sooner as a product been tagged as exclusive or as an indicator of class do Nigerians begin the scramble for it. And just quickly as it qualifies as a must have does it start its downward spiral to the throes of banality.

Famous visual artist Andy Warhol was once quoted as saying ‘If everybody is not a beauty then nobody is’, quite an egalitarian ideal. But when there are more people in VIP than in ‘popular side then what is really VIP? But Nigerians don’t want to hear about that. A sampling of the phones used by undergraduates will put you to shame and will inadvertently bring up the question of ‘Where are these children getting the money?’ with no satisfactory answers offered. The average selling price of aso ebi at a regular Lagos function might startle the uninitiated especially when you realize that that this garments come with an unspoken but religiously observed ‘one use’ policy before being unceremoniously resigned to the growing pile in the wardrobe.

And there is still the issue of the next weeks ‘owambe’ and what to wear. The number of Range Rovers on out pothole riddled roads, the bottles of liquor bought in our nightclubs that have garnered us a spot on the list of countries with highest champagne consumption, all matrices of our unwillingness to be outdone. But once juxtaposed against our GDP and other economic indicators, it sheds some light on why we are the ultimate paradox and an economists nightmare.

Interestingly, this unwillingness to be outdone doesn’t just stop with the people. Nigerian brands too are in on the spirit. Most recent case in question our dearly beloved Telcos who for some reason have cast their core competence aside and have now gone on a full scale ‘Celebrities for hire’ exercise. Celebrities both true blue and half baked alike have been snagged left right and center in numbers bordering on the worrisome but caller service is the worst that it has ever been. It is no longer an unfamiliar sight to see Nigerians hurling imprecates at one telco or the other on social media networks but they seem to be falling on deaf ears Celebrities can do wonders for a brand’s equity and standing with sectors of the society particularly the young and the impressionable. But thinking that brand affinity can be built on the basis of a favorite musician or actor touting its wares falls out rightly in the realm of faulty logic. Celebrities are bait at best, snares used to attract people to the exemplary service provided not as smoke screens and distractions to help them forget that your service isn’t up to par. Also all talk of industry standards or minimum entry requirement are equally just empty jargon rendered to justify a copycat move. Like the people, brands too are applying their unwillingness to be outdone to the wrong things. It would be nice to see them go on a ‘whose-service-is-actually-better’ drive or a ‘who-is-giving –consumers-more-bang-for-the-buck’ initiative rather than this superficial celebrity endorsement drive they seem to be on.

Although ours is still a culture that frowns on the unwillingness to be outdone typified by such wise sayings as ‘Don’t use another person’s watch to work’, ‘Gods time is the best’ etc there is still a big difference between what is said and what is done. In almost every facet of Nigerian life, the unwillingness to be outdone rears its head. To curb it especially when it has some pluses would be counterproductive. Sometimes It is better to work with one’s natural proclivities than to want to make drastic changes . How to veer it in a positive direction is something we all need to look at.