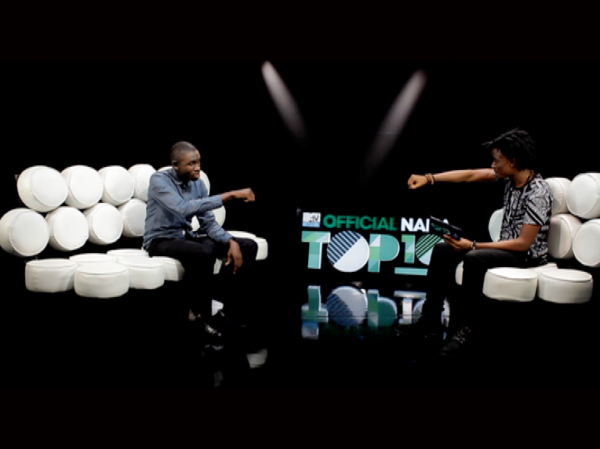 Wande Coal is sitting pretty at the top of the MTV Base Official Naija Top Ten powered by Star Music this week with his music video for monster hit “The Kick”, featuring Don Jazzy and directed by Sesan. The hypnotic dancefloor filler finally displaces Kcee’s “Limpopo” which finally drops out of the charts altogether after three impressive weeks at number one.

This week’s biggest climber is Ice Prince with “VIP”; the 2013 BET Award winner climbed three places from number 9 to number 6, overtaking 2Face’s “Dancefloor”, also on its way up, at number 7. Flavour jumps two places to number 5 thanks to the continuing appeal of “Chinny Baby”, and D’Prince also moves up two slots with his “Goody Bag”.

Koko master D’Banj is this week’s only new entry, checking in at number 10 with “Don’t Tell Me Nonsense”, while last week’s new entry, PSquare, moves up one place from number 10 to number 9 with “Personally”.

TheNETNg’s Osagie Alonge (@Osagz) joins Ehiz (@SpecialSlim) in the studio for this week’s Official Naija Top 10, to discuss the hottest music videos and songs making a strong impact on the Nigerian music scene.