Atoke's Monday Morning Banter: When I Grow Up, I Want to Be a Pilot 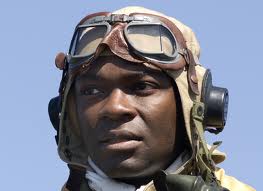 This weekend, I actually discovered that I like babies. I know everyone coos at babies and goes “Oh look how cute he is!” but that wasn’t me. In fact, the only babies I carried for long periods were my nieces and nephews because I just figured “these ones are my own”. The fear of mishandling another person’s pikin was unbelievably real in my head. So, I saved ALL my love for babies till they’re old enough to walk and talk. At least, by then there’s no fear of them dropping or rolling off the bed when their mothers leave them in my charge. I guess spending a little extra time with babies this weekend has helped. I won’t say I’ll start going about holding up a baby towards the light and trying to figure out whose nose he has or whose fingers she took but at least I’m cured of my deathly fear of babies smaller than 4 years old.

As I was given charge of watching Iman while my friend Amina went to shower, I stared deep into her eyes and thought “This is actually the future. She is the future”. A thought popped into my head: before we know it this child will have a boyfriend, she’ll tell us she wants to be a lawyer like her Mummy.

I don’t know why that thought came but it reminded me of me. I was young and if anyone asked me what I wanted to be in future I’d scream “Lawyer”. I think it came from Montessori school when we had career day and I just wanted that black robe and wig SO badly. It didn’t help that I was a talkative as a child and everyone said “Ah, lawyer will ‘fit’ you oh!”. Then, I compounded my “problems” by falling in love with John Grisham books and that was it – I was sold! By JS3, I knew that I was going to fight the cause, scream “Objection my Lord” and pore for nights without end over large tomes. A month of court attachment in Ikeja High Court cured me of that lifelong fantasy. Thank goodness!

So, this morning as I thought of working on this piece, I asked some of my friends what they aspired to be as children. My question was “As a kid, when asked what you wanted to be when you grow up what did you say?”

JoJo said: “I wanted to be a journalist or a TV presenter but Daddy said his child would not be seen on TV”
Anne said: “Ambassador. I don’t know why I just know that they were posted abroad and I had dreams to travel the world”
Funmi: “I wanted to study theatre arts but my dad reminded me of who paid the bills”
Yetunde said: “Lawyer. But LASU gave me Philosophy and I was tired of sitting at home”
Jill said: “Typist. I liked the sound of the word typist”
Amina said: “DJ! I just loved music”

I’m going to have to remember to save that chat so that when Iman grows up and she says she wants to be a fashion designer or music video model, she doesn’t shut down her dreams.

Have a fabulous and beautiful week ahead. It’s very bright and sunny today and I’m very excited. It’s gonna be a good week. I can feel it in my bones!

Don’t forget to share what you wanted to be as a child. If you made it, please tell me how you feel and if you didn’t, think you still wanna try? Are you doing what you always dreamed of doing?

Move Back To Nigeria: “This is Home. I Want My Children to Also Call this Home!” Seni Sulyman Talks About Nigeria’s Business Landscape