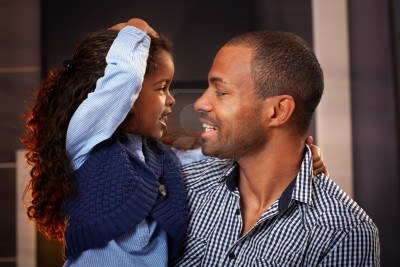 For most of her life, Ezinne felt like she lived in a cage, in a barricade despite the affluent lifestyle she had been blessed with. Having been born to a politician father there was always set rules. It was always “Don’t disgrace this family Ezinne” or “Don’t you know you have a family name to uphold?”

She had been reminded constantly not to bring shame to her father’s name, after all what politician gunning for the highest post, as his ultimate dream wanted a tainted name? She had striven to be the best in class, graduated valedictorian and attended an Ivy League university. Indeed she was a trophy daughter and that’s how it ought to have been but there was one little glitch.

Alex had shown Ezinne a way out. He lived fast and dangerous, but also carefree. With Alex, she didn’t feel like a prisoner in her own world. She had met him at one of those awful prestigious dinners her father always dragged the family to. He too was a son of a politician but he didn’t live in a prison. She always felt choked at these dinners and decided to step out for air one day.

She breathed in as she scanned the area. She longed for freedom from her father’s ambition and this lifestyle. Her mum, her poor mum had been the ideal politician’s wife. Always seen, never heard. Kept up appearances, never complained when her house was turned into a campaign office. She knew her mum was tired too. She saw the fatigue in her eyes, it wore her shoulders down, and it laced her fake smile, which she had perfected over the years.

Freedom. Ezinne longed for it as she took in a deep breath once more. Except this time it wasn’t so fresh anymore. She coughed a bit and swatted her face as she realised someone was smoking around her. She turned to see who it was and there he was. Leaning on the side of building, one leg propped against the wall, the other firm on the ground. He dragged his cigarette one more time and blew out before speaking coolly.

“Escaping paradise?” he asked sarcastically and stepped out into the light.
Alex. He was tall and slim, built for a basketball player. He wore a suit vest with the sleeves of his shirt rolled up to the elbows. She noticed his eyes; they drew her in, maybe because it was hazel and rare for Nigerians. For a minute she lost herself

“Earth to…?” He asked again. She snapped back to reality and realized he was asking her name.

“Ezinne” She replied. Deliberately keeping her father’s name out.
“I’m Alex,” he said back with a side smile. She melted on the inside.

Pull yourself together woman, her subconscious chastened. Quick say something sensible.

But she couldn’t. With Alex her brain was shut off, her valedictorian brain no longer worked. Everything paused in awe of his presence. And they had started their illicit affair. He introduced her to his own world where she met other affluent kids who engaged in sex, drugs and car racing. And suddenly she didn’t feel alone.

She loved him with every bone in her. He had been her first and he had been a good lover. Oh how she loved the rebellion till the day she found out she was pregnant.

“WHAT?” Her father roared from the head of the table. Ezinne could have sworn she felt the earth shake, her mother cowered inwards, head bowed as Ezinne did too. Even the maid serving breakfast quickly filled up his cup and ran to the kitchen. She could already hear the gossip enfolding in the kitchen

She cringed. She had done it; she had finally brought shame to the family.

“You will not have that bastard of a baby in my house, get rid of it. Ada take care of it,” he barked at his wife as he got up and stormed away from the table leaving a horrified mother and daughter. Ezinne could not believe her ears. Her father had ordered an abortion. A catholic, a whole catholic! All in the name of his political career. She stared helplessly as her mother came round to hug her and they wept together.

She had disappointed her mother. In all her years of trying to be the perfect daughter, her mother had been the reason she stayed sane and now she had let her down.

“It’s okay Nne, don’t cry, we’ll figure something out,” her mother said in her calmest tone, even though she was very scared.

The year had gone by so fast; her tummy had grown and expanded so much she began to call herself a house. But she wasn’t alone, her mother had stayed back even after her father had threatened to kill them both. Her mum had been her rock, she did not chastise her but she looked after her, took her shopping for the baby. She was going to have a boy.

Oh her baby boy. He was coming and he was coming fast. He was a bit impatient like his father, Alex. He kicked furiously as if to say he was bored on the inside. And now that it was time he was ready to come out.

The pain. It blinded her. Her vision was blurred and her screams could be heard from the hospital’s gates. She used all the strength in her to push.

“Puuuushhhhh!” the doctor exclaimed
Ezinne wanted to scream at him. Wasn’t she doing that already? She collapsed on her back, tears running down the side of her face. She closed her eyes and said a little prayer. Her mum cheered her on

“Nne you can do it, please” she gave her hand a little squeeze but she didn’t feel like she could.

And then she felt a strong firm hand on her shoulder and another squeeze. Turning to her other side, she saw her father.

After eight good months, she saw him again, not on her TV but in reality. He smiled at her and said

“Nne don’t disappoint me, you are stronger than this” and she smiled back. He was teasing her. He had forgiven her. That gave her strength as she pushed one last time.

He came back for her. After all, she was family and you don’t turn your back on family.

Ofilispeaks: Just Because I Have Boobs Does Not Make Me Your Secretary