The “Lagos Experience” through the Eyes of an Expat: Love it Or Hate it, Lagos IS the Centre of Excellence! – Read Part III 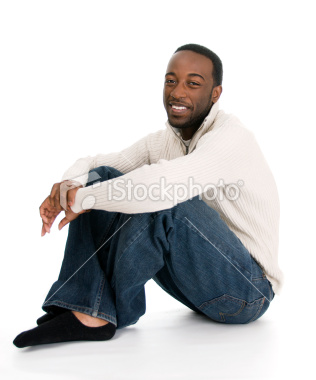 Below is the final part of a 3-part series written by an expatriate – Edward*. He has lived and worked in Lagos, Nigeria for 6 years, as well as in a few other African countries. Read on to hear his sometimes poignant and sometimes critical take on his experiences and perspective on life in Nigeria.

The third part of the series is called “Three Things You Absolutely Must Know Before Coming to Lagos”. {If you missed the first two parts, click here to catch up}. We hope that Lagosians and residents of this bustling city can relate to the piece. We’d like your thoughts on the accuracy or otherwise of this narration especially as it is a view from the lens of an expatriate.

It’s Not Worth Fighting
Regardless of the situation, whether it’s someone insulting you or your wife, mocking your nationality or situation, asking stupid questions in airports, accusing you of some nonsense, baiting you to fight, refusing to be reasonable over a payment, etc., etc., it is not worth fighting.

For me, I’m generally okay taking subtle or obvious slights, as I simply imagine the abuser as a small child or tell myself “I’m not here for that”. We’re in Nigeria for various reasons and it is not to teach some punk a lesson, educate the masses on what racism or fairness actually is or defend the honour of our friends and loved ones.

Some people, especially certain men, would really love to fight a foreigner. It would be something they would remember and recount happily for the rest of their lives. Idleness and ignorance can lead to such people being very unpleasant to anybody who happens to be different, whether it’s ethnicity, religion, gender, weight, height, etc.

Other people, especially those in uniform, honestly believe that it is their right and/or duty to be rude and insulting to all varieties of people. They consider this their job and any suggestion otherwise will lead to the biggest tantrum you’ve ever seen. They’ll be pushy and childish and pretend not to hear or interpret almost any comment as an insult. No Nigerian would ever fight a man in uniform, so neither should you.

Medical Facilities Are Not So Bad.
We tend to do everything we can to avoid going to clinics and hospitals, citing any number of reasons including the notion that Nigeria lacks the medical know-how to treat things properly.

We’re lying to ourselves. The reasons we avoid clinics and hospitals are two-fold:
a. We are cheap. Don’t be fooled by the multiple phones that we own and mistreat or the constantly varying hair styles. We try everything we can to avoid unplanned costs, including repairs and health expenses. While arguing over N1,000, we may spend one hour and N1,500 of airtime arguing with the counterparty.
b. We’ve allowed bad governance to impair our general judgment. Sadly, it is standard practice in Nigeria not to bring road accident victims to clinics and hospitals. This is because some hospitals will claim they cannot treat the victim(s) until a police report is filed. Thus, this absurd societal problem unfortunately plays into our earlier trait of being cheap, making hospitals seem unhelpful on some subconscious level. However, if you face this situation, you should of course reject such a rubbish notion and simply do the right thing: get the victim to the hospital and scream at every capable person to treat him/her. Forget tact.

Note: In general, most West Africans believe that every illness or symptom can be treated with a product. This can be modern medicine (e.g. pills, liquids, gels, powders, etc.) or traditional medicine (e.g. boiling certain leaves in water, chanting, etc.). Thus, if you have even the slightest ailment, there is an expectation that you must get some medicine to treat it. Saying something like “Nah, I just need some fluids and a good night’s rest and I’ll be fine” may elicit a few looks of disbelief.

Silence Does Not Necessarily Mean Lack of Interest
Persistence is required, expected and respected in Nigeria. Just because you’ve e-mailed, texted, called, BBM’d, etc., all to no avail, does not necessarily mean that the counter-party is not interested in doing business. He may simply be busy, distracted or tired.

Nigeria still retains a very militaristic culture, whereby many staff only follow the orders that come from their superiors. And this can often extend to clients as well, even for multi-million dollar transactions. Even a relatively senior staff may be extraordinarily slow in responding to customers, suppliers, contractors, people working in other divisions within the same company, etc., as he/she only gives full attention to the direct orders given by their bosses. For such staff, many suggestions or requests from subordinates or clients, no matter how basic or earth-shattering, simply fall on deaf ears.

Meanwhile, most businesses in Nigeria are largely one-man shows. Even large, successful businesses have generally only recently become so, which may mean that the organisations themselves have yet to evolve beyond the original CEO-centred model. As you can imagine, these special CEOs are extremely time-constrained and constantly in danger of double-booking meetings, missing important calls, etc., while they simultaneously expect their surrounding staff to work as hard as they do. In turn, those staff strive to follow the model demonstrated for them, thus over-loading themselves to breaking points as well.

A common expression heard in Nigerian offices is “follow the last order.” Rarely is work spread evenly across staff with reasonable timelines given. Rather, bosses simply give orders to their underlings as needs pop up, often forcing over-loaded staff to decide which task is now most urgent. Generally this means simply dropping all other work and tackling the new order, without informing anybody else of the new development. If you’re a manager who suddenly realises that your deadline will not be met because your report writer ran off to pay the boss’ electricity bill, many will feel it’s your fault for not staying on top of your staff.

Somewhat similar is bill collection. If you are chasing a payment for goods or services, it is incumbent upon you to go the extra 10,000 kilometres. If you’ve called severally without success, you’ll be told to send a text. If you’ve called and texted, you’ll be scolded for not sending a mail. Having sent a mail without receiving a response, you’ll be told that you should have copied your boss and the recipient’s boss. And just when you think you’ve done everything possible, you’ll be criticized for not having visited the client’s office uninvited.

In short, keep calling! And if they owe you money, call a thousand more times!