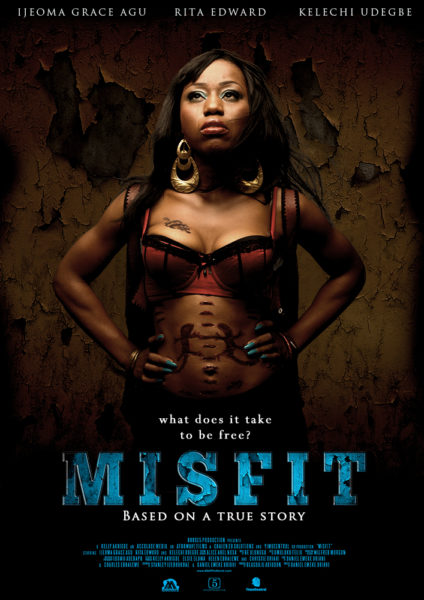 Sodas&Popcorn was invited for the private screening of the newly released movie Misfit last week at Filmhouse Surulere and M.Y was there to represent the crew. Below is our opinion of the movie. Big thanks to Lowladee and the Director who invited us.

Synopsis
Misfit tells the story of a prostitute (Ijeoma Grace Agu) who was kidnapped by a mysterious group but decides to take charge of her fate by planning her escape. It also happens to have a theme which explores sexual abuse against women and children.

The Script
Director/Writer Emeke Oriahi was inspired by an article about the true story of a young lady’s months of suffering in the middle of nowhere in the hands of kidnappers and decided to make a movie which deals with issues such as stigmatization, sexual abuse, ritual killings and so on. What I loved about this story was how emotional and intelligently written some parts were. Although it had a slow start and a gradual build up, the moment Sade (Ijeoma Grace) fell into the hands of her capturers, the movie picks up and is a fun ride from that moment. For a movie which takes place in one room 90% of the time and features one face most of the movie, it definitely does a good job keeping you interested in the turnout of the movie.

The Directing
Watching Misfit and a couple of other Nollywood movies from this year like ‘Hoodrush’, ‘Awakening’, ‘Gods are still not to blame’ and ‘Confusion Na Wa’ to name a few give a relief knowing that the younger generation of Nigerian film makers whose debuts are of impressive efforts are trying their best to give the average Nigerian movie lover faith in the Nigerian Movie industry. Not to say the older generation is doing a bad job though, but the point is, the industry is in safe hands when they are gone.

Cinematography: This was good. I noticed some brilliant usage of long takes and I didn’t struggle at all with seeing what needed to be seen in the many dark scenes and the movie had many beautiful shots.

Choice of location and set design: This was brilliant, probably one of the best things of the movie.

Make-up: This largely succeeds with the make of of Rita and Sade but there were flaws in the blood stains at some points and the pregnancy was too fake, especially in the scene where Sade is hitting her stomach.

The sound design: This largely succeeds also except for some parts where certain sounds are over amplified, like the footsteps before swapping her heels for slippers in the beginning.

Misfit in its imperfections is a successful movie in establishing itself as an intelligent work of art. The flaws mentioned above do not spoil the beauty of this movie.

The Acting
You have got to give it to the crew for recruiting these actors/actresses. Getting the people to play out these roles, especially that of the lead character must have been one of the most challenging tasks of the movie.

Ijeoma Grace Agu who I first saw in Hoodrush and was impressive in the movie was nothing short of stunning in Misfit. 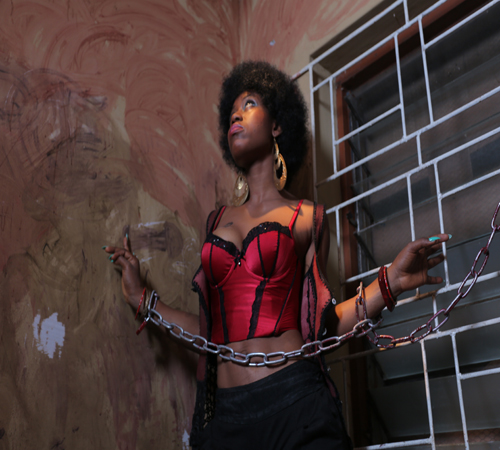 I saw her play about 3 states of mind in this movie and all were almost to perfection. It’s obvious and certain she is a versatile actress capable of getting on any train she chooses to, although she needs to work more on her facial expressions a little bit. Someone else did assist her in this movie, very much and that’s Rita Edwards.

After seeing Rita Edwards for the first time in this movie, watching her interview and seeing that the woman had no R factor and a totally different accent from the movie made me ask the question why such talents are not put on more big screen projects. She was very impressive and both Rita and Ijeoma put up award winning performances. 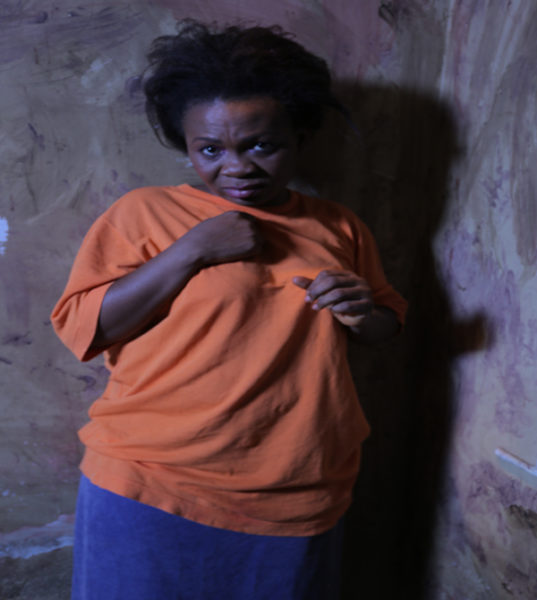 It won’t be a complete review if we don’t talk about the villain/mad man played by Kelechi Udegbe He was terrifying, annoying and hilarious. His most used phrase “Na me catch am” kept ringing in my head even after the movie was done. 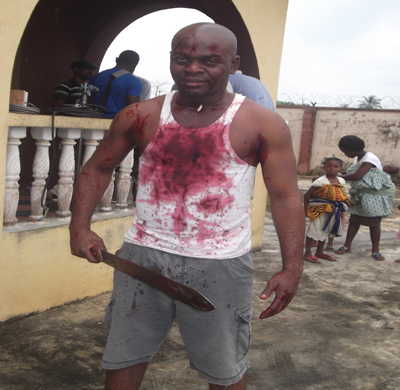 The verdict
Misfit has been one of the most anticipated Nigerian movies of the year and now that its been released and can be watched at www.dobox.tv/misfit, I will say it was worth the wait and it explores some strong themes which really need to be seen. Sexual abuse is a bad thing and we should in no way support it.

It gets a Popcorn and Hotdog and that’s because of the flaws mentioned in the movie, but like I said, that didn’t ruin the beauty. After all Marvel’s Avengers is one of the most plot holed movies you would ever see.

For other newly released movie reviews such as Journey To Self and RED2, please visit Sodas&Popcorn …… We watch movies, so you (don’t) have to.

One last word before you go, please vote for our blog Sodas & Popcorn in the Nigerian Blogs Awards in the best movie blog category (Click this link to vote).  We definitely need your votes folks. Thanks

Ayo Sogunro: To Speak to An American Blonde About International Affairs, Press ‘1’ Now