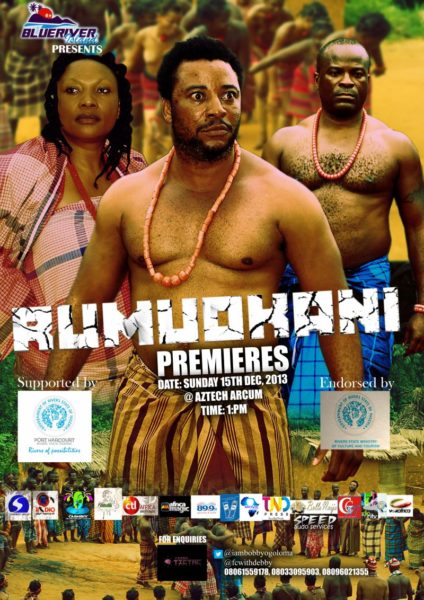 Rumuokani, an epic story that tells a tale of certain practices in the history of Rivers State over sixty years is set to premier in Port Harcourt this December.

The Premier is pulling good faces from Nollywood, the Chief Host will be the Governor of Rivers State, RT. Hon. Rotimi Amaechi flagged with top dignitaries from all over Nigeria. The red carpet will also be buzzing with Jara, 53Extra crew, BellaNaija, SilverbirdTV among other media brands.

The movie is also expected to screen in Lagos and London in January.