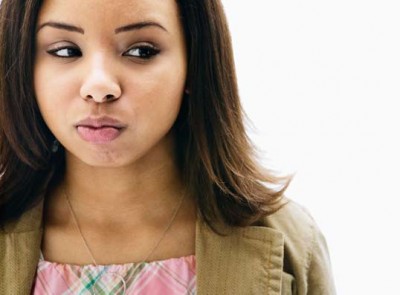 Immediately the news of the South African interpreter broke out, I was convinced I had my banter topic on lock down. Thamsanqa Jantjie had provided something I was going to spin into something on Monday morning. {If for some reason you don’t know what I’m talking about, click here to catch up}

I watched an interview on CNN and when he was asked what exactly happened, the man said he was suffering from his own disability at that time. When asked what the disability was, the man said ‘schizophrenia’. With awe and shock, I was amazed at the sheer audacity of the guy. I mean, you’ve got to give him some form of credit. To pull off that kind of stunt with a world audience takes a certain measure of guts. Was it the first time he had had a ‘schizophrenic’ episode on the job? Was there any background check done before he was vetted as good enough to do this job. I imagined all the jokes that would have arisen if this was in Nigeria by a Nigerian. The possibilities were endless.

All week, as I thought of how I was going to present this interpreter matter, I watched as everyone around me was working themselves into a shopping frenzy about Christmas. My friend, Isabelle, looked absolutely frazzled talking about how she had left her shopping till last minute and she needed to get it done as time was running out. Lara didn’t get what she was complaining about. ‘Shopping is absolutely delightful. In fact, I find it quite therapeutic. Shopping takes my mind off things‘. I knew better than to add the caveat that was just on the tip of my tongue. ‘Only rich people say that‘.

There and then I thought, maybe I should write about shopaholics. The idea came in little bits. What makes a shopaholic tick? The need to shop? Is there a shopaholic genetic strain? As I watched my room fill up with the items my friend, Nengz had bought and had delivered to my house, I couldn’t shake the niggling feeling that it was definitely an issue that needed to be explored. Would a shopaholic still be a shopaholic if he/she was broke? Did shopaholics buy items more than clothes, shoes, belts & shoes? Did they shop around for assets as well? In my mind, this was a subject that I needed insight into.

The shopaholic pitch seemed more viable than my previous idea and as the week drew to an end, I was slowly building up the idea that I was going to work with. Then, I woke up on Saturday morning to an uproar on Nigerian Twitverse.

A notable Nigerian Twitter activist had been emotionally scammed. He’d fallen in love with someone behind a Twitter handle. Apparently, the ‘someone’ passed away and he wrote this really stirring eulogy on his blog. A few days later, he found out that ‘she’ didn’t actually exist. Twitter was a buzzing hub of ‘socio-emotional’ analysts. How did he fall in love with someone he’d never met? Did they never call each other? How come they never Skyped even though he said the falling in love moment was when she allowed him watch an important soccer match via her Skype. (Don’t ask me how that works… even I didn’t get it) And as the furor died down, I was left wondering… ‘Someone set up a Twitter handle specifically to mess with this guy?‘. Another thing that I extrapolated from the guy’s tweets on the matter was his emphasis on how he had been worshiped by this person.

Ah! I was going to write about it. I was going to end with asking if sometimes our ego or strain of narcissism gets in the way of letting common sense reign. Or was love really and truly blind? The possibilities seemed infinite.
Anyway, I decided to leave you guys with this… which of these completely and utterly unrelated issues should I have focused on this morning?

Have a lovely week ahead guys… I smell the holidays in the air and even though I’m going to be working through the holiday, I’m hoping to live vicariously through you guys!

Be happy, stay safe and share your thoughts on any of the above listed subjects.