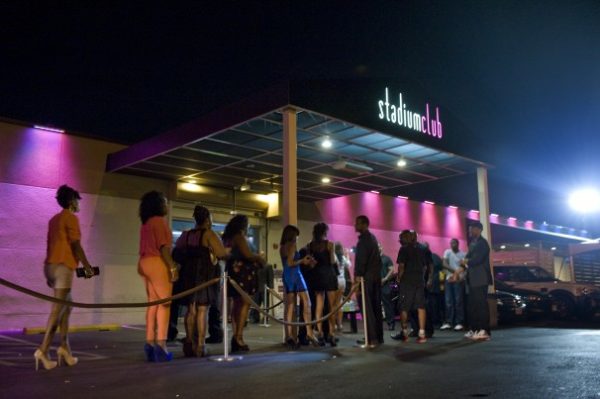 I recently went to a party with a girlfriend of mine. We are both single, thus we were dressed with the idea that we could potentially meet some nice guys in mind; modest yet alluring. When we entered, the room was sparsely occupied with some black guys standing around conversing. We sat down by a nearby table and before we even started talking were joined by a white guy who attempted to make some pointless chit-chat.

What he said was not at all interesting, but what did catch my attention was the confidence with which he made some of his statements, one clearly being that “I love black women”. I watched bemusedly as he rambled on and on about how black women are so attractive, ultimately ending with him offering to buy us some drinks. Although I was not in the least impressed with his futile efforts of making interesting conversation, I did respect the fact that this guy had even tried- I mean, here was a guy who knew what he wanted and had straight up gone for it, despite the fact that he was a minority white guy at a predominantly black party.

Looking around the room I couldn’t help but feel disappointed. Black guys scattered around in clusters were throwing inquisitive glances in our direction, probably wondering what on earth this guy was saying to keep us engaged for so long, when really they should have been asking themselves why aren’t we making the effort to go and talk to these girls ourselves? Now believe me, I’m not blowing my trumpet and assuming that these guys were interested. It’s just that several of them gave us that ‘look’ that suggested that there was some sort of attraction, plus throughout the night when things got busy, we were bombarded by so many one can only wonder why they didn’t use their common sense and try to talk to us when we were less occupied.

I left that night feeling confused and maltreated, mulling over several questions in my head. I was hoping that some of you could help me answer them:

1. What is the right way to approach a girl at a party? I am pretty sure I know everything that I would hate for a guy to do, but how could he actually approach me in a way that he’d be warmly received?
2. What are the intentions of guys at parties? Am I too hopeful in thinking that a guy may actually approach me with more respectful intentions than a quick shag?
3. Why do guys no longer put in any effort? Is it because females have lowered their standards to the point that guys have learnt that they don’t need to make any effort to get what they want? Are the guys simply just scared of rejection? Or, do they assume that all girls in the party scene are unserious?

Regardless, men really need to start asking themselves: “do I treat women with the dignity and respect that they deserve?” Similarly, women need to ask themselves, do I conduct myself in a way that warrants respect? I found that the men that did muster the courage to approach me did it in such an abrasive and aggressive way that I literally had to fight my way out of the interactions; on numerous occasions they would throw out their arms like fishing nets and reel me in kicking and screaming. One guy in particular just wouldn’t take no for an answer. He begged and pleaded with me to dance with him, offering to buy me drinks and drop me home (1 hour’s drive) in exchange.

I normally find persistence attractive but this was to such an extreme that it became beyond PATHETIC. Whenever I would try and move away and reconnect with my friend, he would side-step in front of me, grabbing my arm and blocking me like some menacing thug; I had to use great force to pry my arm free from his ruthless grip. This disturbing experience made me want to inform the guys out there about some of the things they just SHOULD NOT do when interacting with girls.

I don’t know if it’s intoxication or excessive testosterone, regardless it is INEXCUSABLE:
– Whispering in her ear – This is way too intimate a thing to be doing to a girl you’ve just met. Only attempt if you are completely sure that she is comfortable with you.

– Firmly grabbing her by the arm or waist – This culture of aggressiveness is NOT cool and needs to stop. A real man wouldn’t dare touch the lady unless it was a gentle tap on the shoulder or you had her permission.

– Sneaking up from behind and grinding against her – This is plain nasty! And kind of perverted.

– Stepping in between her and her friend, blatantly ignoring the fact that another human being is present – This is STANK RUDE!

– Being over-persistent to the point that you are a FREAK STALKER – Learn to take no for an answer, after a while it just gets pathetic.

– Biting your lip and looking the girl up and down – Are you that inexperienced that you have never seen a women before? Or are you hungry and she looks like a piece of meat?

– Asking out both friends in front each other – At least have enough game to try this separately! Amateur.

Similarly, women here are some things that you SHOULD NOT do:

– Let a guy man handle you: You can appear jokey at first but make it known that you will not stand for such nonsense.

– Dress half-naked: I noticed that the girls wearing more clothes actually received more attention than the ones walking around naked.

– Dance like a hooker: Some girl’s hands were on the floor while her ass was high up in the air shaking like it had the fever. Let’s just say that she received attention but not of the good kind :s

– Cling to your man all night if you are with him: One girl couldn’t seem to let her man go! All night she was forcing his arms around her waist and making random displays for attention. He didn’t seem too impressed.

Ladies don’t forget that you were somebody before you met him, so spend some time dancing by yourself and having fun independently – reminds him of the independent spirit he first met, plus it makes you seem less clingy.

Guys, I know approaching a girl can be difficult (especially as some of us do some serious Shakara), but please remember that we are women like your mothers and sisters, and all of us deserve to be appreciated and treated with respect. Girls, we say that we are ladies but do we conduct ourselves like them? Hardcore twerking in the club and dressing like strippers isn’t going to prompt a man to behave like a gentleman. Ultimately, know your worth and settle for nothing less.