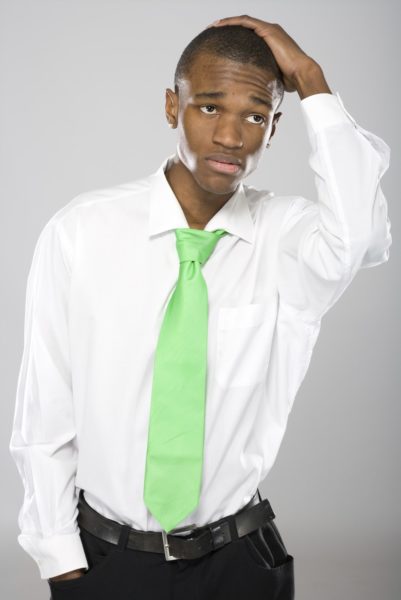 I once shared the story of a grandma who was cutting her fish in a certain way because of the size of her frying pan. Her children followed suit not knowing why she did what she did. I am not sure if it is the same story told in another way but there was another fish related story. A young man would go to the stream to catch fish. Each time he caught a fish he would measure them and if they were longer than a given length he would throw them back into the water. When he caught a small one or the ones that were the exact length he was working with he would keep that one. A man who stood by and was watching what he did eventually approached him and asked why he threw the bigger ones back into the water.

His answer amused the man. He had been throwing the longer fishes back into the water because the ruler he had with him was the size of the frying pan or his pot. What he then decided to do was that any fish that was bigger than his pot would be thrown back into the water but he kept the ones that could fit. The boy did not see the need to keep the big fish because any longer fish would not fit into the frying pan. He did not obviously think about how he could cut and preserve big fish until they were needed.

That boy had a good problem which could have brought him more opportunities. He didn’t see it that way. As far as he was concerned it was a problem and he did not want it. If he had though about other things to do rather than throwing the fish away, he probably would have started selling fish to those other people who had bigger pots or save them the time of trying to fish on their own and be paid. He could also have started a preservative business for everyone. You could go to him with the fish you caught and have them preserved until they were needed. That way you would reduce how much time you have to go back and fish as well.

You have to start thinking differently. You must allow your mind operate in another way. And the first thing to think about is the fact that the opportunities you are seeing are not opportunities for you alone. You get some opportunities so that you can make an impact in the lives of other people.

What that tells you is that a lot of people who throw opportunities away because they are only thinking about themselves. I should say that there are many opportunities you will come across, but they will not be tailored for you alone. Nevertheless, you still have to take them, work with them and allow other benefit from them.

You should stop throwing opportunities right now because you are intimidated by them or you just don’t know how to manage them. When you manage the first one, another one comes and when you do that other one, you will soon learn to live with big opportunities and maximize them. Take those opportunities and get help, if you need help, to use them.

“You’re an Utter Disgrace” – Femi Fani-Kayode to Stella Oduah | Should Igbos be Offended by his Statement?

Fola Daniel Adelesi is a professional public speaker who also trains other speakers. He's an highly engaging training facilitator and he holds his large audience spell bound when speaking at gatherings. He's an author, business consultant and highly skilled master of ceremony with excellent poise and diction. He was on the Debaters TV reality show season 1, he presented 'You Can' on Radio Continental in 2011 and he did motivational segments on Galaxy TV from Dec 2008 to August 2009. Fola Daniel has authored 3 books including Writing Business Proposals. He currently talks about Social Media on Info.com - An ICT Show on Lagos Television. Fola Daniel trained as a communications professional, works as a business consultant and was also trained at Lagos Business School in collaboration with Google as a Digital Business Manager.