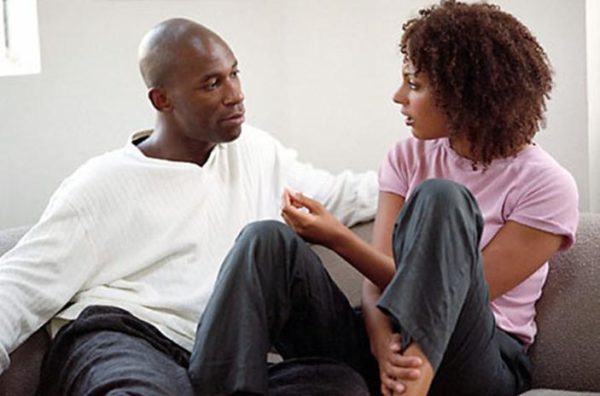 Some while back, I had this very interesting conversation with my girlfriends. Just out of curiosity I wanted to know if any of them could take the first step in telling a guy how much she feels about him. Seeing that they are the ideal 21st century babes – smart, intelligent, well-exposed, gorgeous-looking corporate executives with salaries to die for who are vehemently against the Anti-gay bill as per marriage equality and all, I figured it wouldn’t be so much of a big deal. Ahmean, kini big deal?

“Heaven forbid…hell no…I can’t. Not in this world, not in another” screamed Jessica. Again, Jessica’s response got me thinking. I find it a tad startling that despite the aggression women display in other facets of their lives, (cue in ‘feminism’) a lot of women shy away from being the initiators in dating. Their aggression no reach that side ba?…They still think asking a person out on a date is strictly a man’s job.
But I wouldn’t blame them though. Let’s not forget some guys are douchebags to the core…like you make the first move and POW! you lose your very essence as a human just because some guy is going to make you the topic of discussion amongst his family and friends till time stands still. They automatically brand you a whore just because you spoke your mind like every sane, mature human being. So really, if the little bell at the back of your mind starts to jingle, maybe, just maybe you’d be much better off not making that move.

I know of a lady who woo’ed her boo. She had gone to a company retreat with her colleagues and some folks from partner firms. As soon as they arrived she noticed Timothy, the ‘fit one.’ Obviously she wasn’t the only one as the dude had all the girls flirting around him but none of them dared make a move on him because they thought he was inaccessible.

This lady had nothing to lose, so she went for it and went to his room one night. They kissed, and that was all. The next day she acted as if nothing had happened, and they ended up in his room again the next night – he was really keen! He even confessed that he had always had a soft spot for her. 3 years down the line, they are now happily married.

Here’s what I think: If you really like a guy, seize the moment. Give him the green light to ask you out and if he’s colour-blind, make the first move, ask for his number, set a date with the ‘what’s the worst thing that can happen’ mindset. To hell with all these conventions, traditions and unwritten rules. Do whatever tickles your fancy but be discreet about it.

But what do you ladies think… Is it culturally acceptable for a girl to make the first move on that cute, coy guy of her dreams – approaching him, kissing him first, etc? What are the up and downsides? Do we have more failed attempts than success stories? Is it something you’re up to? Do share!

MzChizzy is the writer behind bottleforthepain.wordpress.com. She thinks for a living. She can simultaneously be the nicest and meanest person you’d ever meet. She loves fufu more than life itself and hates taking pictures with a passion. Follow her on twitter @Mzz_Chizzy ‘cos you won’t find her on Instagram.