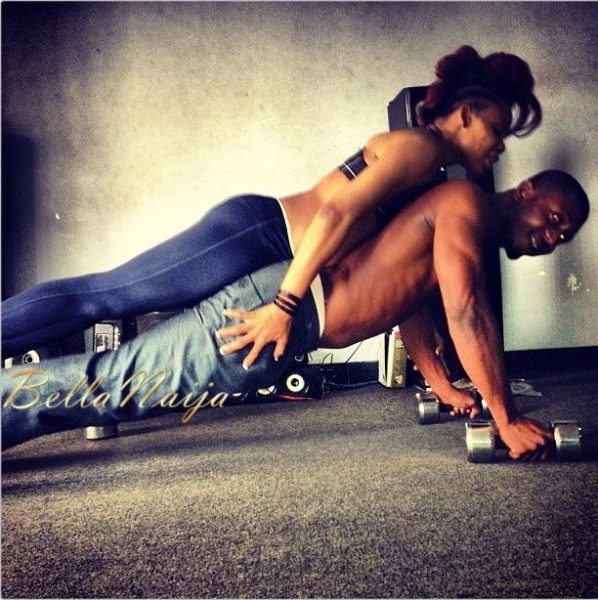 Now we know why the P-Square brothers are tying the knot asap.

In an interview with The Net NG, the couple say “Us getting married inspired both Peter and Paul to decide to settle down with their partners”

Papii J who is part of the P-Square band and launched his music career in 2013 with a song added “They used to look at me and say you this small boy don quickly marry and even born pikin sef.”

We also hear D’banj and Peter Okoye are battling (in a good way) to be the godfather of Eliana, the couple’s second child.