Elevate U with Ifeanyi: What Do You See? 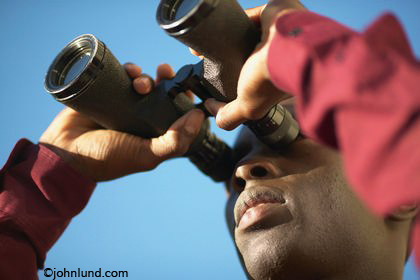 When MTN began making moves geared towards rolling out telecom services in Nigeria, the odds were stacked against it pretty hard. It was at a time when the country was struggling to get itself stabilized both political and economically and the telecom space was just beginning to recover from the ill effects of State-run Nitel’s iron-clad monopoly. But what kind of investor would throw a couple of hundred million Dollars into a country whose political future was relatively uncertain? It had just recovered from military rule and there was no much ‘guarantee’ on the side of the civilian government that just took over governance and this is Africa.

Less than 10% of Nigerians owned a fixed phone; many of who struggled to pay the ever high tariffs. It didn’t look like Nigerians needed phones, and if by any chance it succeeded in putting phones in the hands of the average Nigerian, would they be able to pay their call bills? Lots of questions remained largely unanswered but they would not let those keep them from forging ahead.

When it eventually obtained the licence to operate, the banks would not provide them the necessary funds needed. They were skeptical as to whether the business model would fly at all. Other rivals it met on ground were already spreading their wings of coverage at a pace it was beginning to view as threatening.

Today, that little telecommunication firm that decided to see hope and a future where many telecoms brands saw no economic and business hope has in a few decades risen to become one of the continent’s largest telecom service provider with Nigeria as its most profitable market.

I’d like to put a question across to you at this point: What do you see? Do you see all of the hindrances and reasons why you cannot excel in this or that? Do you see only obstacles staring back at you in every direction you look and not opportunity to succeed?

One man goes through life without seeing chances for doing anything great, while another close beside him is taking all the ‘common’ chances and transforming them into opportunities on which he builds his success. Others sit waiting for the right timing that when it often finally approaches, they barely recognize it.

The story of Hamilton Naki is one that excites a feeling akin to admiration. Hamilton was offered a job to be a gardener in the University of Cape Town. He had come from the humblest of backgrounds with little or no education to Cape Town. This was apartheid South Africa where educated black people had not even got a voice not to mention a black male with no education at all. But nothing was going to stop this determined young man with a most amazing sense of passion. Awed and inspired with how doctors handled patients, he secretly wished he could become one and soon when it happened that he was offered an opportunity to begin working in the veterinary clinic where he could at least see what the doctors did, he could not be happier.

Careful with how he discharged it, Naki mastered his responsibilities, so much so that this ‘illiterate gardener’ soon acquired enough mastery of the happenings around his surroundings that he could assist with the meanest of roles in the laboratory, from cleaning the cages where the animals are kept to anaesthetizing them. He kept observing and learning until he could assist and operate on the animals dissecting them with most expertly dexterity of a brilliant surgeon.

Soon he rose to become the principal surgical assistant in the very laboratory where he had previously been employed as a gardener, brilliantly undertaking research work that greatly enlarged the frontiers of medical knowledge in the aspect heart surgery, transplant and liver implantation until he could pass his knowledge on to younger doctors. This uneducated man who was employed as a casual gardener in a society that had no place for black people eventually worked so hard that he earned himself an Honorary Master’s degree from the University of Cape Town, a feat that previously near impossible.

All it would have taken Hamilton Naki to live and die without any impact on his generation or nor have anything to be remembered for would have been for him to look at other doctors and tell himself how that they all are more educated, fortunate, better and therefore he cannot bear any comparison with them. He could have blamed the white-led government that encouraged black race oppression and segregation all his life and tell anyone that cared to listen that they are the source of his illiteracy, poverty and problems but he took responsibility for himself and excelled, leaving behind far more legacies than many English nobles could accomplish in ten lifetimes.

Today we hail Alhaji Aliko Dangote and are all proud of him. The Nigerian economy was anything but good, still Chief Aliko Dangote rode on that same very platform to become the world’s richest black man. We could have a million and one excuses why he we think he succeeded and why we think we can’t be better. We can have a trillion why we can’t start that business we have intended to start all our lives or blame the government for our quandaries. Who says we don’t have a choice when face with deciding between our excuses and our goals.
Everyone can excel and do great things, but not everyone can see that he or she can.