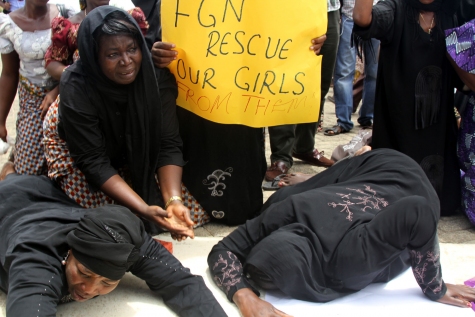 You will recall that the abducted Borno school girls were reportedly taken to Chad and Cameroon, where they have been allegedly married off to sect members for a bride price of N2,000 each (if you missed this story click here).

Enraged mothers and other concerned people of  Chibok, Borno State yesterday stormed Abuja and staged a protest to demand the rescue/release of the over 200 school girls abducted by Boko Haram.

Most of the protesters  who were members of the Kibaku Development Association, Chibok, began their protest at Eagle Square, then proceeded to the National Assembly, where they submitted a protest letter.

Senators Barnabas Gemade and Helen Esuene who received the protesters at the premises of the national legislature, urged angry mothers ‘to calm down and show restraint, pledging that everything would be done to secure the release of the girls in due course,’ according to Sahara Reporters.

Here are some photos from the scene: 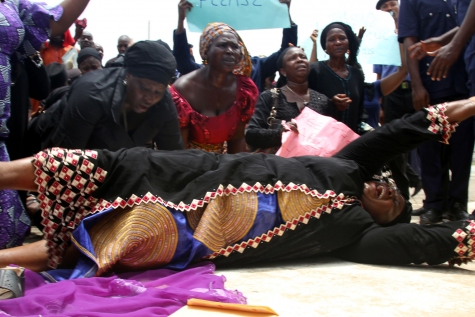 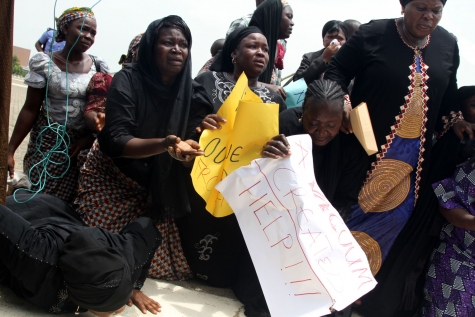 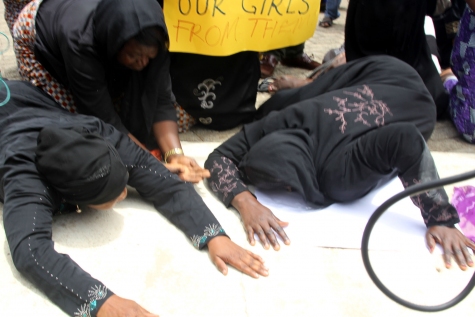 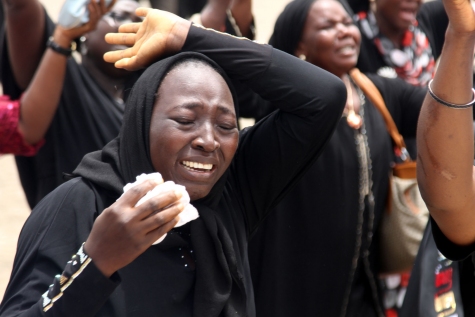 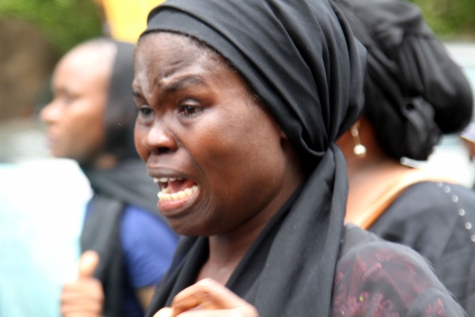 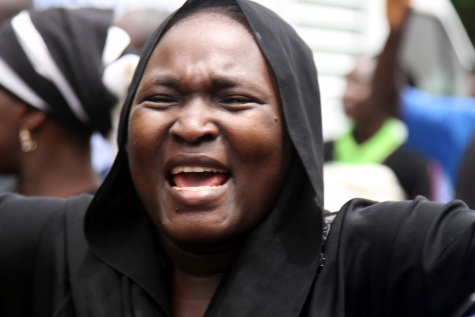