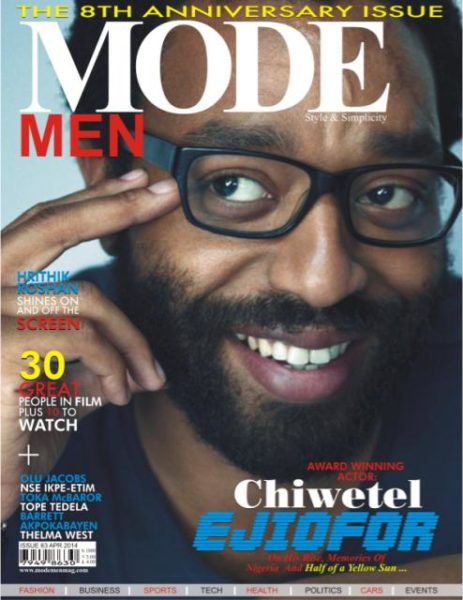 “Odenigbo” of Half of a Yellow Sun, Chiwetel Ejiofor is the cover star for the 8th Anniversary Issue of Mode Men Magazine.

On the cover, the Academy Award nominated actor is all smiles with his glasses on. He speaks to the magazine on his role, memories of Nigeria and the adaptation of Chimamanda Ngozi Adichie‘s best selling novel.

30 of the best Nigerians in film and 10 promising actors are featured.

The April 2014 issue of the men’s lifestyle magazine is currently available now.