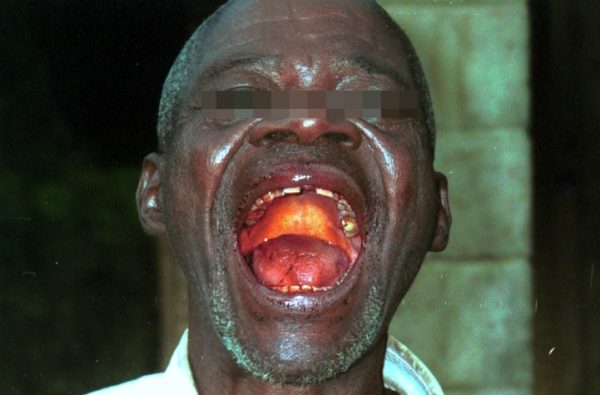 This is not a horror movie. This is what the Ebola Virus looks like.

Last month, UNICEF reported that an Ebola Outbreak had killed at least 59 people in Guinea (If you missed this story, click here). The death toll in Guninea has since increased to 78 people. Also, the virus has spread to Liberia.

There are two confirmed cases in Liberia, and some suspected cases in Sierra Leone, TIME reports. The patients in both countries had reportedly visited Guinea.

There are currently no known treatments or vaccines for Ebola, a viral hemorrhagic fever that kills up to 90 percent of those who become infected. The virus spreads through unprotected handling of contaminated corpses, sexual contact, and direct contact with blood, faeces, or sweat.

The incubation period for the virus typically lasts for approximately 1 week after infection occurs. Symptoms include:

Contact your healthcare provider if you happen to experience symptoms of the disorder, as early diagnosis and treatment could improve likelihood of survival.

Chris Brown sends “I Love You” Message to Karrueche from Jail