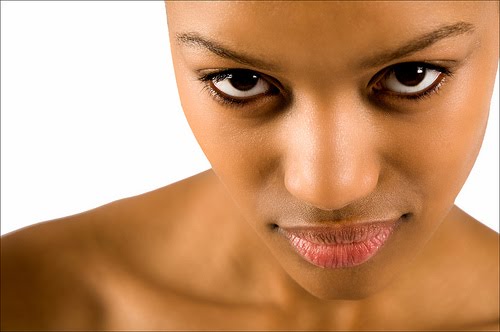 Someone recently spoke about scars in a meeting that I went for, and I suddenly remembered my bicycle scars. I had tried to be a very good boy while growing up even though I was also very playful. I was young and very cheerful. Making friends was not so difficult, but sometimes I just can’t explain why I was shy. Not too many things excite me, but the few things that do, usually take me to the extreme.

When I finished my junior secondary school examination, my father thought about the perfect surprise gift to get for me. He got it and did not mention it to me. He just drove me home from school and my mother was a good accomplice in the plan because she also did not mention it. I used to be able to depend on my mother to divulge information that my father considered confidential. This time, her loyalty was to her husband.
Dad called me when I got home since it was going to be a long holiday and he asked me to go into his room to see what he got for me. When I entered I saw this massive BMX bicycle. In those days it was massive, because I am the kind of person you can easily describe as ‘brief and down-to-earth’ – with some caution. I could barely seat easily on the bike when I tried to mount it since my legs were not touching the floor. I was also thrilled at the new gift… even though I had not learnt how to ride at the time.

Riding the new machine was not going to be a problem. Work would start the following day. Those were my thoughts. I rolled it out the following day and immediately got new disciples who waited eagerly to take turns on my bicycle. While I was a bit generous about letting them ride, my priority was to learn to ride myself. After a few days, I was getting to do it right.

On one of those days while I was trying to perfect my new learned skill, something happened. A friend of mine took the bicycle and spend off to the junction of the street to show his skills. Suddenly, he dared me to do the same. You know those friends that get you into trouble. This guy had gotten me into it a couple of times. So I took the challenge and got on the bicycle to ride and attempt his speed.

As soon as I gathered momentum, I suddenly saw a couple in front of me who were walking down the street, and the wife had a baby strapped to her back. I can’t count how many thoughts ran through my mind in those short seconds. I could not run into the couple, especially because of the baby. I also could not take a sharp turn, because I would either fall, or break the new bicycle or even both.

A decision had to be reached immediately…I was running out of time. I decided to take the turn. Unfortunately I didn’t have enough space to manoeuvre so my turn was too sharp. As I turned, I just landed on the floor. The friend who gave me the challenge had been watching from a distance. He knew something was going to go wrong. There was also nothing he could do to stop the impending disaster. He simply waited till I landed and he came to help me up.

By the time I got up, I felt strain in different parts of my legs. I could not even touch the bicycle to get it back home. Knowing what happened, I simply sneaked into the house and went to bed. I had to do that because I had left home first thing in the morning with the bicycle without even seeing my parents.My mum came to my room later, having been given some eye witness report. By then I discovered six bruises on my legs – three on each leg.

The rest is history. The injuries were barely healed before I picked up the bicycle again and started riding. Although my mother reminded me that iodine was still very much available with some spirit. I ignored her warnings and continued to ride until I became a pro. In fact, one of my sister’s friends nicknamed me a bicycle boy.

Why have I told you this? It’s to let you realize that we may sustain injuries while trying to reach some goals. It does not mean that those goals are not worth reaching or that we will stop the goals because of those injuries. There are things you will want to get in life. So many things will happen to discourage you from getting them. You should never look at the wrong things happening and allow them distract you from your goals.

Some people may lose a job in the process of hitting a goal; others may lose some other resources. It is possible that you are paying much more than others are paying and it looks like you are being drained just for a goal in your heart. In fact, when the distractions come, it will look as though the goals are not worth the sacrifices you are making.

I have a simple line for you. The purpose of distraction is to stop you from reaching the original goal. If you let it happen then you will end up with another goal. Don’t be distracted by even the most painful experience on the way to your goal.

When you finally hit the goals, the scars will remind you of the sacrifices you made to hit that goal. Keep at it, regardless of the very many reasons not to continue. Don’t let your distractions win. Let your persistence and resilience win!