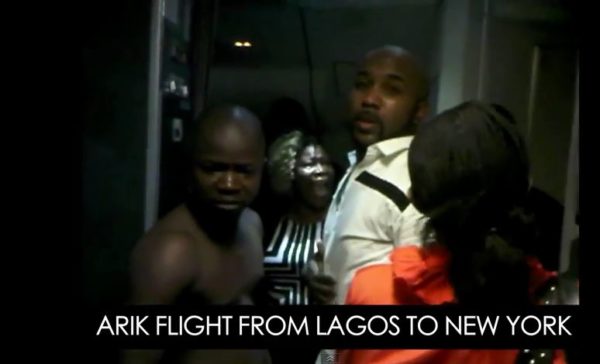 Hold on a second! Is that our beloved BankyW in that frame?
Earlier this evening, Sahara Reporters TV released a video of passengers stuck on an Arik Air plane bound for New York. The air conditioning wasn’t turned on (or wasn’t functional – we’re unable to determine from the video) and as a result the passengers went berserk! People were fainting from the ensuing heat, others were taking off their clothes. It was really a messy sight.

The situation itself is really worrisome, as there have been several complaints on the issue of customer care with Nigerian airlines. However, there are some chuckle worthy moments in the video. The cocktail of accents as well as the whipping off of clothing.

And then of course there’s the look on Banky’s face when he realizes there’s a camera!

If you were on that plane, what would you have done?